Maulana Abul Kalam Azad was a multi-faceted personality: a great freedom fighter and an eminent scholar in India’s freedom movement and was independent India’s first Education Minister and also the first President of the Indian Council for Cultural Relations (ICCR). In fact, the ICCR was founded by him on 9th April 1950. Indian in thought and global in outlook, he had a broad integral view of Indian and world culture.

The ICCR is commemorating its 60th year anniversary and in collaboration with the Nehru Memorial Museum & Library (NMML), is organizing the Maulana Abul Kalam Azad Memorial Lecture 2010. The Memorial Lecture will be delivered by Lord Meghnad Desai on the topic “Globalization and Cosmopolitan Culture” on 12th November 2010 at 4.00 p.m. in the NMML Auditorium. The lecture will be preceded by a valedictory function of ICCR’s two-day Seminar and release of their reprinted publication on Maulana Azad. Dr. Karan Singh, President of the ICCR will preside as well.

Instituted in 1958 by the ICCR, as a mark of honour to the memory of Maulana Azad, Azad Memorial Lectures are intended among the different peoples of the world. The first lecture was delivered by Jawaharlal Nehru, Prime Minister of India. Eminent speakers from India and abroad are invited every year to speak on subjects of importance to humanity at large and, in particular, to the people of India.

Please note that this is an invite only lecture. For more information, please write to the PR Cell of NMML at nmml.programme01(at)gmail.com

Obama's Visit to India Brings a Climate of Change

Wed Nov 10 , 2010
4       On a three day visit to India for the first time, the American President Barack H. Obama met the Indian Prime Minister Dr. Manmohan Singh in New Delhi only to reaffirm shared values and increasing convergence of interests between the US and India. When the world’s oldest democracy reaches […] 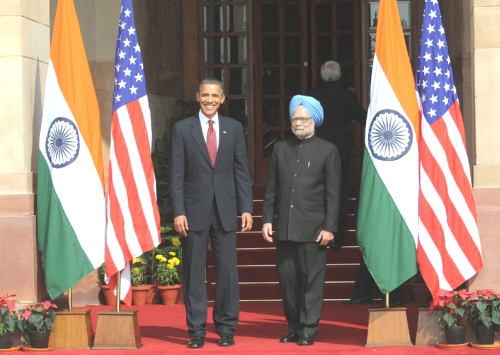