By the end of this year, Delhi will have its second waste-to-energy plant generating electricity at the landfill near Ghazipur. A similar plant, Timarpur Okhla Waste to Energy plant, sited in the vicinity of a residential colony and a hospital, has started generation since the beginning of this year.

2. No contempt of court on BRT: Govt

The Delhi government on Wednesday told the Delhi high court hearing the BRT row that it had allowed other vehicles to ply on the corridor earmarked for buses from Moolchand to Ambedkar Nagar till the court took a final stand.

A team led by an IIT professor will examine the Capital’s water-logging problem and prepare a master plan to provide a long-term solution, the Delhi government told the Delhi high court on Wednesday.

It is hard to imagine that possibly the oldest surviving astronomical observatory of India lies amid the greens near Bada Hindu Rao Hospital in north Delhi.

5. Do tigers have AIDS? Government says ‘no’

Is there any evidence of HIV/AIDS in lions and tigers, asked an MP in August 2010. Two years later, the environment ministry has come out with its verdict: “No evidence.”

6. Tribunal to hear all green cases

All cases on environmental issues — save those related to wildlife — will be transferred to the National Green Tribunal, which is not fully operational even more than a year after it was set up.

The Sariska Tiger Reserve, which had lost all its big cats by 2004 to rampant poaching, has welcomed the first birth of a tiger cub on its soil after a four-year wait.

8. Ten proposals for establishment of zoos in country

The Environment Ministry has received ten proposals for the establishment of new wildlife or zoological parks in the country.

Neeraj Banerjee and his family are regular visitors to Nainital. This June, too, the Delhi-based computer engineer made a trip to what he calls his family’s favourite tourist spot, nestling in the Kumaon hills at almost 2,000m above sea level.

Government is sending out yet another industry friendly signal. The environment and forest ministry has reconstituted the statutory advisory body on forest diversion with members, who have strong pro-industry, particularly mining and hydro power, bias.

Wed Aug 15 , 2012
The real offering that one can make to this once clean and the holiest-of-the-holy River Yamuna is to urge the government and other related agencies to act. 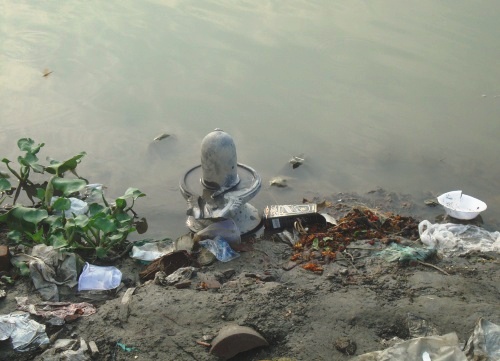