Coinciding with the International Vulture Awareness Day on Saturday, the authorities at the National Zoological Park have organised daylong programmes for spreading a word about the bird on the verge of extinction. For some years now, the park – known popularly as the Delhi zoo – has just one white vulture in its aviary.

Even as questions are still being raised about the legality of the location of the Akshardham temple and the Commonwealth Games Village on the Yamuna river bed, a new structure between these buildings is making the greens see red.

To curb the rapidly increasing vehicular population in the city, the Delhi government is mulling a number of measures, including hefty hike in parking fees, introduction of congestion charges for entering in specific areas and improving the public transport system.

The State Government has approved a package of the three-package solid waste management scheme of Mangalore City Corporation. The civic body had proposed the scheme more than two-and-a-half-years ago.

Residents and traders of two prime shopping complexes – Defence Colony and South Extension – are on a collision course with the South Delhi Municipal Corporation  over the creation of automated multi-level parking lots.

7. No system in place to handle electronic waste

New electronic waste management and handling rules were implemented across the country on May 1 this year. The new laws make it mandatory for producers of electronic goods to take back e-waste under the extended producers responsibility.

Extending the ban on tourism activities in the core areas of tiger reserves, the Supreme Court today pulled up the Centre for the depleting population of the wild cats in the country.

Delhi Metro has hit a green hurdle almost a year after it started construction for Phase 3 of its network. Of a total of roughly 16,000 trees that needed to be felled for the expansion, the forest department has given permission to cut only 3,700 trees.

10. CM sets up panel to look into radiation risks of mobile towers

A month after the Delhi High Court issued notices to the Delhi government and the Centre in a petition to stop installation of mobile towers near residential areas, Chief Minister Sheila Dikshit has formed a committee under the environment secretary to investigate radiation hazards.

The non-government wildlife experts, who are a part of the PM-chaired National Board of Wildlife, are brewing a perfect storm, demanding that a host of issues ranging from tourism, tribal rights, clearances, powers of the board and its standing panel to alleged malpractices within the environment and forests ministry be scrutinized at the meeting slated for September 5.

2 thoughts on “Environmental News and Media Roundup for Week 35, 2012”

Tue Sep 11 , 2012
Delhi Greens invites schools in the Delhi NCR to join in the campaign and help organise an interactive workshop on 'Waste to Magic'. 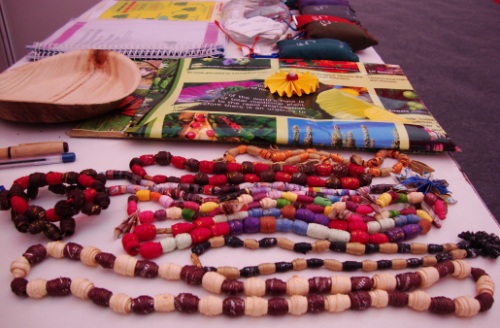