1. How trees are hacked, choked and impaled in green Delhi

The city’s first ever tree survey conducted by local residents in the leafy neighbourhood of south Delhi’s Sarvodaya Enclave had an unexpected fallout.

The first-ever bird count at one of Delhi’s new city forests, Garhi Mandu,  has found 90 species, including 26 species of migratory birds and several threatened ones. However, the census also revealed a number of local threats to these birds such as fishing, playgrounds, garbage dumping, besides human intrusion and disturbance.

3. ‘Indian industry must build own tech to save Yamuna’

Thames River Trust , UK, have shared the 2010 Theiss International Riverprize money, received for their restoration work on Thames, with local communities working on river restoration around the world. These communities include the Delhi-based Peace Institute Charitable Trust working for the Yamuna.

Huge spending to control pollution in the Ganga and Yamuna with no tangible results is proving to be a huge worry, triggering a debate on the need for stringent norms at an academic meet on Tuesday.

Delhi, Sunderbans and the Western Ghats are among the hotspots of illegal trade of tigers, their parts and products, says a new global report.

Delhi zoo authorities have drawn up an ambitious plan under which around 500 new animals including some exotic species will be acquired from various countries in the next few years.

7. In a first, Okhla compost plant gets carbon credits worth Rs. 25 lakh

The Okhla composting plant of the South Delhi Municipal Corporation has received carbon credits and Rs.25 lakh from the United Nations Framework Convention on Climate Change for helping the environment.

The Delhi Metro has been issued a show-cause notice for dumping debris into the Yamuna, adding to pollution. The notice, issued by the National Green Tribunal, states that Delhi Metro Rail Corporation  has contributed to the encroachment on the riverbed. DMRC has alreadyconstructed a 190-km network under phases 1 and 2 and is currently working on phase 3.

The brazen felling of trees without permission for the road-widening project in Vasant Kunj exposes the seriousness of the authorities in protecting Delhi’s cover.

10. Plastic waste to be used in roads construction

Varanasi Municipal Corporation is planning to utilise poly bags and harmful plastic wastes in the construction of roads. Although the implementation of complete ban on poly bags in city imposed by VMC from January 01 is least visible, VMC has come up with another idea to get rid of plastic wastes and polythene bags and is in talks with some private players to set up a plastic recycle plant in the city.

11. Eco-tourism centres in forests to get facelift

The eco-tourism centres at forest reserves that are emerging as tourism hotspots in central Gujarat may soon go through a major facelift. Private entrepreneurs have come forward to develop these centres in partnership with the state government.

Yamuna Yatra to Delhi: Wake Up Call for Delhiites

Tue Mar 12 , 2013
Whatever be our mode of protest, and no matter how busy we all may well be, the call for action for cleaning River Yamuna has been made. We can either join the protests now when we can, or wait a little longer until when we will be made to. 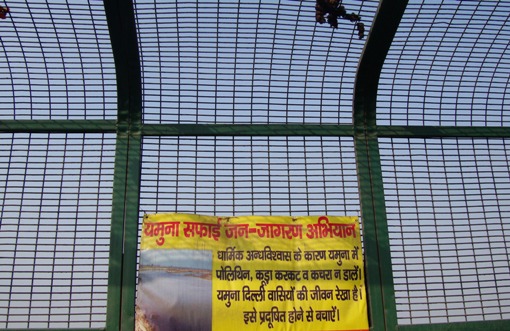