This Diwali, You Can and Must Be the Change 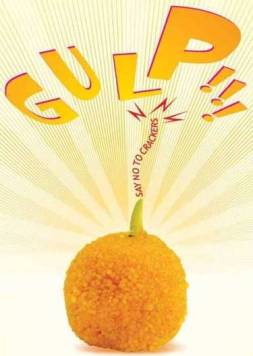 Deepawali is the festival of lights and celebrations!

Let us make sure it is an enjoyable experience for every living being as much as it is for us. After all, there is no joy greater than than the joy of making others happy!

This Diwali, BE THE CHANGE! Do Not burst crackers and make others aware about the adverse impacts it has on ‘our common environment’.

The environmental impact of bursting of crackers are both visible as well as not so apparent. While the noise pollution caused by the crackers is highly disturbing even for humans (young and old alike, very dangerous for pregnant women and infants), they at least understand and expect the noise.

Animals are caught unaware, and get scared as well as very disturbed by the noise. While we know the impact on domesticated animals such as dogs, who can be seen running around to the central parts of homes or in cupboards..and the stray ones just running around here and there…the impact on our winged friends is little understood.

Birds are the worst hit owing to just the noise pollution part of the bursting of crackers. The pungent smoke only adds to their misery and impacts there entire body system. This also has long term effects that need to studied…and also leads to a selective selection of some birds (like pigeons, who’s excreta leads to asthma) and the disappearance of certain other birds like the common sparrow. 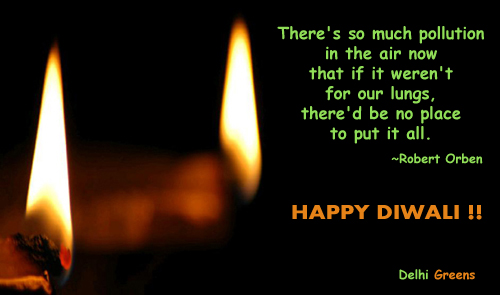 This man-made selection both disturbs the urban ecology and also causes discomfort for an extended period of time. So, one day of crackers bursting actually leads to an year full of misery. Light pollution is another aspect of Deepawali that often goes unnoticed.

The bursting of crackers also adds to the suspended particulate matter (SPM) in the city. The SPM value is almost doubled on the Deepawali night than on any other day. This is, of course, a nightmare – a disaster for patients suffering from lung diseases including asthma. This also adds on the pollution load of the city and the SPM often remains accumulated on the leaves of plants for days after Deepawali. This reduces the area available for photosynthesis and brings down the ability of green plants to feed themselves.

Everything else, from the way the crackers are made (usually by small children), to the polythene packaging material (owing to the large consumption pattern) and the potential hazard contributes to the pollution related to Deepawali and affects all life forms in the city.

The toxic chemicals that make up the explosives and lights are released into the atmosphere with just one large bang…and while the festival is actually about celebrating life and glory…strangely…we do that by releasing poison in the air which is manufactured with processes that are no less lethal.

Tips to Readers for a More Enjoyable Diwali:

5 thoughts on “This Diwali, You Can and Must Be the Change”

Views: 12,442
Share this ArticleLike this article? Email it to a friend!
Email sent!