Meri Dilli Meri Yamuna, an initiative of The Art of Living which finds full support from Delhi Greens, is a project for making a difference to our city, Delhi-NCR.

River Yamuna is immensely important for the economic, ecological and basic needs of the region and its people. But, over the years, it has become one of the most endangered waterways in India. Numerous attempts have not had much success, and there is confusion about what lies ahead in the future – for the river as well for all of us.

As already notified, the campaign is beginning with an event on March 16, 2010 on the banks of the river, and calls for citizens and leaders from all sectors and areas to come together and participate.

His Holiness Sri Sri Ravi Shankar of the Art of Living has already called for every person in the city to come together so as to raise awareness on the status of the river, to inform and alert the Government and concerned agencies and to work with the latter to bring about a difference – in the river quality and also in our lives and daily habits.

Eminent personalities, including those from the concerned departments of the Government would also be present on the occasion. These include, Shri Jairam Ramesh, Smt. Kiran Walia, Shri Kanwar Sain, Shri Ramesh Negi along with a number of stakeholders from corporate houses, culture, art, fashion, media, RWAs, government agencies, NGOs, etc. 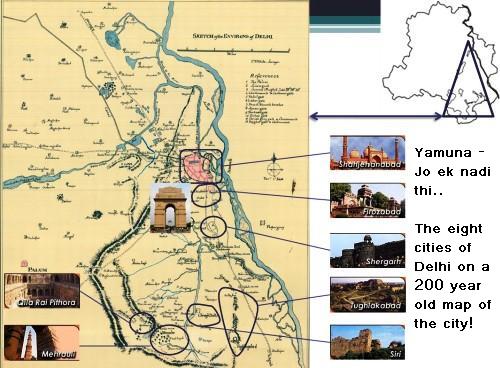 This is THE call for a clean, blue Yamuna, and a sustainable urban development for Delhi. All our encouraged to participate.

Views: 16,893
Share this ArticleLike this article? Email it to a friend!
Email sent!