Delhi University’s Girl’s Hostel Under Water, As Are Other Parts of the City 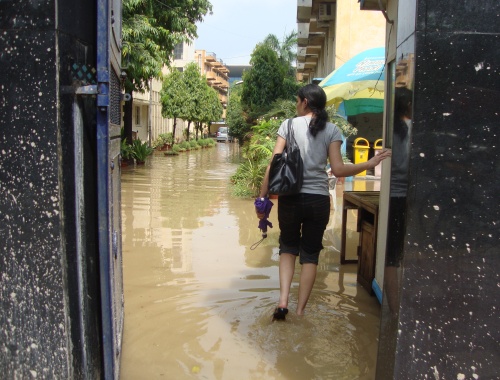 A girl tries to wade through water at the P.G. Women’s Hostel in Delhi University.

The students at DU this year are the worst hit beginning with the half hearted introduction of the semester system–in some courses–by the administration, which never went well with the lecturers, to being evacuated from the hostels for the Commonwealth Games 2010, to breathing in dust filled air and walking on broken footpaths and mudslides owing to the CWG construction and now the wrath of the monsoon and an annoyed river for the city’s governing agencies’ disrespect for Nature and the Yamuna River and its floodplain.

5 thoughts on “Delhi University’s Girl’s Hostel Under Water, As Are Other Parts of the City”

Views: 15,007
Share this ArticleLike this article? Email it to a friend!
Email sent!