Protest Against BRAI Bill at Jantar Mantar on June 25 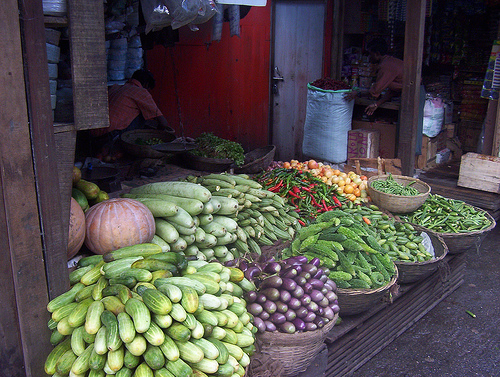 The BRAI Bill will make way for easier clearance of genetically modified foods and make your every trip to the vegetable market full of doubts.

Civil society groups, women groups, organic vendors, farmer groups and political parties are coming together to organise a “Haath Milao Dharna” against the Biotechnology Regulatory Authority (BRAI) Bill. The BRAI Bill is presently with the Standing Committee of Science and Technology for recommendations.

The objective of dharna is to showcase the common man’s opposition to a dangerous move which will risk our health and Environment in a non-transparent manner. The Bill will create a single window clearance system to approve Genetically modified crops and is being implemented without thorough research and discussion. A large number of farmers associations are in opposition of such Bill and demand from the Government to withdraw the Bill. The BRAI bill is seen as a centralised clearing system for easy approval of genetically modified organisms (GMOs).

Greenpeace and SANSAD invite everyone to participate in the protest along with friends, colleagues and sympathizers for a cause which will really help create a ripple impact among the authorities who are presently in favour of the BRAI bill. The protest will demand our right to a safe, environmental friendly and culturally appropriate food bill. Come join in the protest if you do not want to be the lab rats of foreign companies like Monsanto, the largest promoter of GM foods. Come be the voice and representative of farmers from across India who have fed us all their lives!

Views: 15,312
Share this ArticleLike this article? Email it to a friend!
Email sent!