NMML Public Lecture on ‘Rescuing Nature from Growth and Equity’ 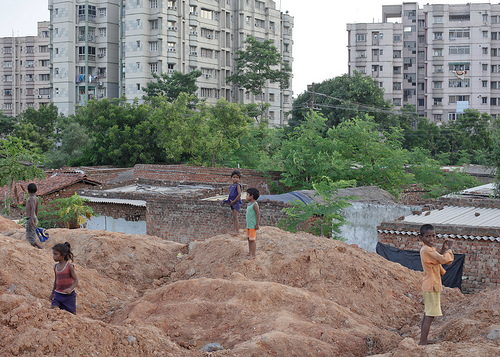 The Nehru Memorial Museum and Library (NMML) invites all interested to a Public Lecture in the ‘Science, Society and Nature’ series on ‘Rescuing Nature from Growth and Equity’.

Abstract: The importance of restoring extensive natural landscapes with full complement of wild species is now well-recognized as an integral part of any development process hoping to maintain planet earth in a state conducive to human existence in the long run. Such natural diversity of plants and animals includes many species that can be wisely harvested for human uses, tolerates human impacts or even thrives under them. However, there are also animal and plant communities that are ecologically fragile in the face of human impacts or come into serious conflict with human interests, leading to their rapid extirpation. These species and ecological communities pose serious challenges to conservation even within the mere 4% area that now we earmark for their protection.

The adverse impacts have origins in the ‘rural poor’ as well as the ‘urban industrial’ sectors.  Advocates of any one of these two sectors, typically, tend to ignore or downplay threats from the other sector.  Conservation practice, as opposed to conservation theory, however, has to deal with complexities on ground while trying to recover fragile nature.  This presentation is a case study of a substantial recovery of tiger populations, recognized as an almost impossible conservation challenge. It documents a conservation strategy, which blends sound ecological science with pragmatic social and conservation interventions leading to reasonable outcomes for both humans and tigers. The broader implications of the case study for reconciling conservation with development are briefly discussed.

About the Speaker: Although originally trained as an engineer at NITK, Surathkal in 1971, pursuing his deep passion for wildlife, Dr. Ullas  Karanth started studying tiger ecology in India in 1986, obtaining his Masters Degree from University of Florida, USA (1988) and Ph.D. from Mangalore University, India (1993). Dr. Karanth has worked extensively on tiger and prey ecology, published over 100 scientific papers and several books including The Way of the Tiger, A View from the Machan and Science of Saving Tigers. His focal areas of interest are: carnivore ecology, modeling of wildlife populations, and conservation policy. He has worked as a conservation scientist for the Wildlife Conservation Society since 1988, and is also the founder director of Centre for Wildlife Studies, Bangalore.

He is currently Director for Science-Asia, with the Wildlife Conservation Society.  He has served as board member of WWF India and been a Vice President of Bombay Natural History Society. He serves currently as member on the National Tiger Conservation Authority and the Governing Body of the Wildlife Institute of India. Dr. Karanth was elected a Fellow of Indian Academy of Sciences in 2008. He was awarded the Sierra Club’s International Earthcare award in 2006, J. Paul Getty Award of WWF in 2007 and Salim Ali Award for lifetime achievement from Bombay Natural History Society in 2009.  He won the Karnataka Government’s Rajyothsava Award in 2010 and the Padmashree award from the President of India in 2012.

Views: 8,175
Share this ArticleLike this article? Email it to a friend!
Email sent!