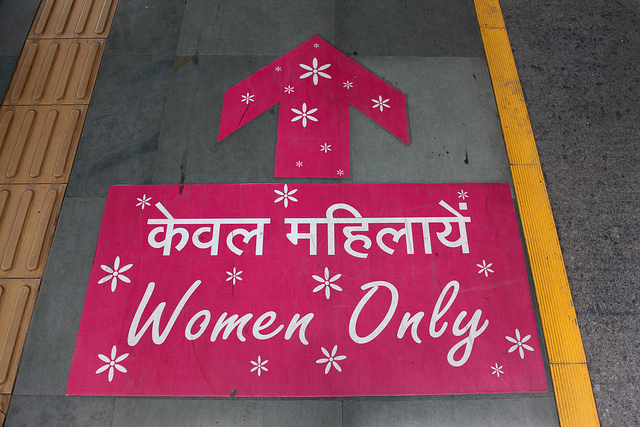 The Delhi High Court on Wednesday said it would hear on March 11 a PIL seeking directions to the government to take immediate steps to control increasing air pollution in Delhi.

Contrary to a report by the World Health Organisation, Delhi is not the most polluted city in the world, says Gufran Beig, the country’s leading atmospheric scientist.

3. ‘Average day in Delhi would be rated bad-air day in Beijing’

An average day in Delhi would be considered a very bad-air day in Beijing which, unlike Delhi, has a five-year action plan in place to protect its citizens from harmful air, Greenpeace India today claimed.

Admitting your kids to schools located near busy roads or in areas with high levels of air pollution could hamper their intellectual development, new research suggests.

5. Rainwater to flush filth from Yamuna for a few days

Yamuna in Delhi is set to get a new lease of life, though briefly, thanks to the heavy rainfall.

6. Taj Mahal could get dicoloured due to air pollution: Government

Taj Mahal could get discoloured due to the adverse impact of air pollution as a research has found that the environment around the famous 17th century monument has high concentration of light absorbing particles, the government informed Lok Sabha today.

The Ganga cleaning exercise in the coming year is proposed to be funded entirely from the clean energy cess that is levied on the production of coal, the Union Budget papers show.

A key government panel on wildlife has approved more than 50 projects across India, including three in Madhya Pradesh, involving the diversion of wildlife habitats on the grounds that the people-centric infrastructure schemes will provide key services.

9. Large scale deforestation can cause 18% decline in India’s rainfall

Large scale deforestation in the high latitudes – the boreal regions – could affect rainfall in the monsoonal regions of tropics, new research by the Indian Institute of Science published on Tuesday shows.

Endangered Indian Skimmer, which is fighting for its survival, seems to have found a new home at Satpura National Park.

In a bid to ensure that the Ganga flows along the state capital, the Patna high court on Tuesday asked the central and state government authorities concerned to ensure that an at least 50-ft-wide channel is dug on the dry riverbed along its banks right from the Civil Court Ghat to Digha Ghat and the river water flows through this channel constantly.

In view of the rising water level in Yamuna river because of untimely rains, Karnal district administration in Haryana has advised people of adjoining areas not to cross the river.

13. Crops washed away as water in Yamuna overflows

14. Sun has maximum impact on climate when Earth is cooler

The impact of the Sun on Earth’s climate has greater significance when our planet is cooler, a new study has found.

15. “It’s time to get serious about wildlife crime”

On the occasion of World Wildlife Day, U.N. General Secretary Ban ki-moon released a statement urging all consumers, suppliers and governments to treat crimes against wildlife as a threat to sustainable future.

China has sent mixed signals about its approach to tackle pollution — by announcing zero-tolerance to violators of a stringent environmental law, but the same time seemingly curbing public debate on the subject by pulling out from mainstream video sharing sites a hard-hitting documentary on emissions that had gone viral on the internet.

17. Don’t treat us strangers to Delhi: NGT to Delhi govt

The National Green Tribunal has pulled up the Delhi government for its lackadaisical approach in implementing the green panel’s directions to curb vehicular pollution in the capital.

The National Green Tribunal has stepped in to save 450 trees that the city government wants to remove for the redevelopment of DDA’s Qutab Golf Course at Lado Sarai in south Delhi.

The National Green Tribunal, which has given directions for cleaning the Yamuna under ‘Maili se Nirmal Yamuna Revitalisation Project 2017’, has issued a number of directions to ensure the river is cleaned by that time.

The National Green Tribunal has pulled up the Delhi Government for its lackadaisical approach in implementing the green panel’s directions to curb vehicular pollution in the Capital.

With the National Green Tribunal acting tough on those failing to curb vehicular pollution in Delhi, municipal corporations were on Wednesday directed to finally demarcate single lane for parking in Lajpat Nagar and Karol Bagh.

“Shocked” at the “irresponsible” attitude of the Railways, the National Green Tribunal (NGT) asked the Chairman of the Railway Board to be present at the next date of hearing after a senior official filed a “false affidavit” before the tribunal.

23. NGT gives UP 3 months to list all GB Nagar wetlands

The National Green Tribunal has asked the UP government to identify all wetlands in Gautam Budh Nagar within the next three months, without any delay.

Rapping Jawaharlal Nehru Port Trust (JNPT) for continuing to reclaim land in violation of the Coastal Regulation Zone Notification, the National Green Tribunal has ordered the City and Industrial Development Corporation, JNPT and Oil and Natural Gas Corporation Limited to pay Rs 95.19 crore to 1,630 fishermen families affected by JNPT’s project of creating an additional berth at the port in Navi Mumbai.

Non-implementation of orders of the National Green Tribunal on protection of the Sundarbans is unconstitutional, the Eastern Zone bench headed by justice Pratap Kumar Ray observed on Wednesday.

Green panel has asked civic body and state pollution control board to conduct a joint survey of building projects within two months to ascertain whether they are treating their sewage water and following other environmental norms.

Anti-Mopa groups in Goa on Tuesday demanded the resignation of North Goa collector and chairman of the Goa state pollution control board for conducting a “totally illegal” public hearing on the environment impact assessment report of the Mopa airport.

National Green Tribunal has directed that no solid waste would be burnt nor any trees felled inside Maulana Azad National Institute of Technology (MANIT) premises.

Image by Chris Brown via Flickr over Creative Commons.

Views: 2,149
Share this ArticleLike this article? Email it to a friend!
Email sent!