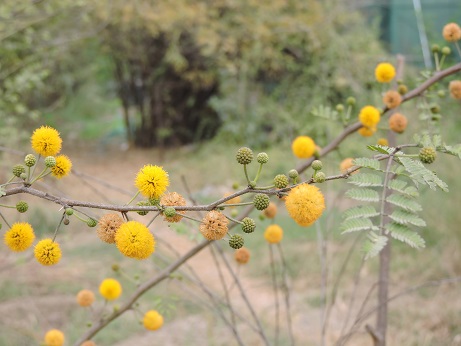 1. It was birders’ day out with rare finds

It started out as a gloomy morning because of rain and low visibility in some parts of the city but the day turned out to be an ecstatic one for birders.

Under watch across the world over the alarming quality of air in its national capital, are Indian authorities trying to shoot the messenger?

The National Green Tribunal, while monitoring the progress of “Mailey se Nirmal Yamuna Revitalisation Project 2017”, has warned that it has all the “trappings of a civil court” and action will be taken if the project is not implemented properly.

The National Green Tribunal has pulled up authorities for damaging trees while carrying out “unscientific deconcretization.”

The National Green Tribunal on Tuesday pulled up authorities over delay in submitting suggestion on constructing a multi-level parking facility in Lajpat Nagar.

6. Railway Board chief assures NGT of clean tracks and platforms

Railway Board Chairman A.K. Mittal on Wednesday assured the National Green Tribunal that the railway tracks and platforms have improved and will improve further.

7. NGT sees red over damage to trees while removing concrete

The National Green Tribunal has rapped authorities for damaging trees while carrying out “unscientific deconcretisation” in the capital despite previous directions from the Tribunal.

With a view to help the environment and mitigate the impact of climate change, the National Green Tribunal, the Union Ministry of Environment and Forests, FICCI and the Indian Law Institute are organising an international conference on global environmental issues.

The Centre has suggested restricting the entry of diesel vehicles in Delhi’s busy markets such as Chandni Chowk to bring down worsening air pollution.

10. Is CNG worsening city’s air pollution? IIT to find out

The spurt in vehicles running on CNG may have contributed to the rise in particulate matter (PM) pollution in Delhi, especially particles of less than 2.5 microns in size.

11. Delhi has to be aggressive in curbing city’s high air pollution

In the last few months, New Delhi has been at the receiving end for its abysmal air quality.

12. It’s a losing battle against air pollution in Delhi

In all likelihood, Delhi is neither the most polluted city in India nor in the world, as it is being made out to be.

The level of particulate matter (PM10), which can cause serious health problems, has exceeded prescribed limits over Delhi and five neighboring cities, including Faridabad, Ghaziabad, Noida, Meerut and Alwar, environment minister Prakash Javadekar admitted in Rajya Sabha on Thursday.

14. Foul Delhi air may be driving people to suicide

The link between air pollution and respiratory diseases is well known, but foul air may be causing cases of depression too.

Over 627,000 people die prematurely and 18 million healthy life years are lost every year due to particulate air pollution — the microscopic solid and liquid matter suspended in the Earth’s atmosphere, an environmentalist said here on Wednesday.

The National Green Tribunal has given the state government, MCG and HUDA time till April 20 to remove concrete enclosures around trees in the city and file a compliance report.

Urban noise pollution is killing the love life of birds and may slowly wipe out some of the rarer species, researchers attending an international seminar warned on Tuesday.

The pollution level was found to be high in the coastal cities of Mumbai, Chennai and Kolkata and few tier-II cities, the government today said.

20. Two-thirds of sewage from 118 towns flows into Ganga

More than two-thirds of the sewage generated in 118 towns, located in the Ganga river basin, get discharged into the country’s national river untreated, making the task of its rejuvenation a long drawn process.

21. Solar-powered plane on world tour to land in India today

The world’s only solar powered single-seater aircraft, the Solar Impulse (Si2) that is flying on its maiden global journey, will make a stop in Ahmedabad, India, on Tuesday in the second leg of its journey.

UK scientists have developed a pollution busting formula that could be used in advertisement flags or banners on the roads to reduce traffic emissions.

Views: 2,688
Share this ArticleLike this article? Email it to a friend!
Email sent!