Invitation to the Screening of The Lost Forest (of Mangerbani) 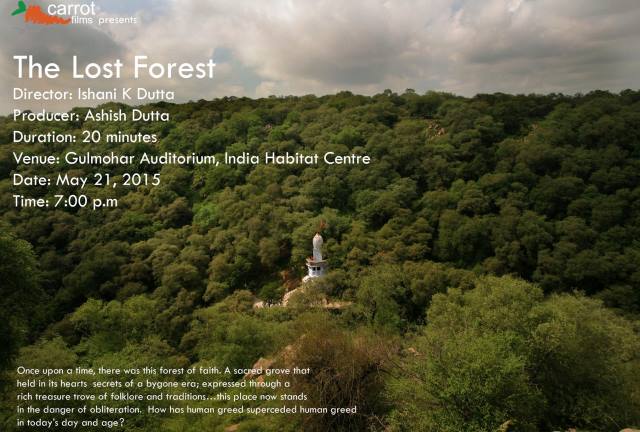 Located in Gurgaon, a 500 acre forestland, a complete ecological system in itself, Mangarbani has been the bone of contention between the environmentalists who have been fighting to conserve it, and builders who have been coveting this land to make millions out of it.

While no-one could deny that the forest was there because it was there for everyone to see, whether the Bani could be defined as a ‘forest’ became a big bone of contention.

The Haryana government’s most recent volte face on Mangerbani, saying that this land is not to be classified as forest and cannot be granted conservation status, has once again endangered this sacred land, one of the last surviving patches of greens in the already fast disappearing Aravallis of Haryana.

Views: 3,028
Share this ArticleLike this article? Email it to a friend!
Email sent!