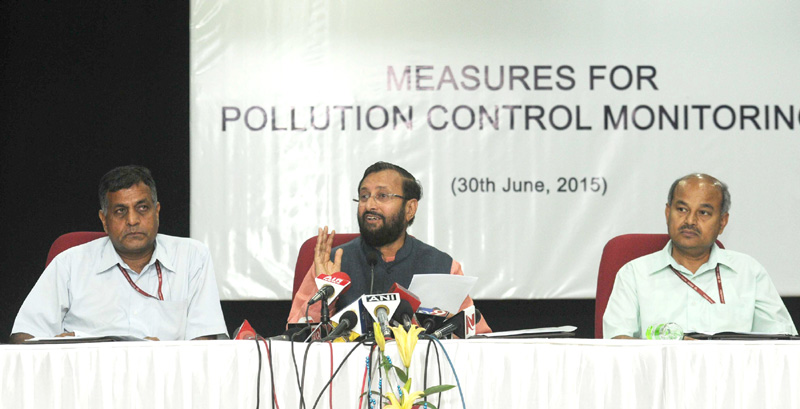 Weekly environmental news roundup from across different media networks for week 27 (between June 29 to July 5) 2015.

The Delhi government, in the last seven years, collected Rs 385 crore to fund its war on air pollution, but around 87% of this money has remained unspent, a planning department report has said.

A committee formed by the NGT surveyed the city using Delhi’s drainage map of 1976 and found 44 of the 201 natural drains missing.

As Delhi chokes on its foul air, the cars on its roads continue to spew poison while getting a clean bill of health every three months from the 661 pollution check centres dotting the city.

4. Pick up seeds to save trees

The monsoon has reached the city, and the environmental groups are gearing up to make the most of it.

Despite an NGT order restricting covering of drains in Delhi, the East Delhi Municipal Corporation has moved the tribunal on Friday appealing for a permission to build a road over a drain stretching from Mandoli to Jafrabad in Shahdara.

6. Ahead of NGT order, no clarity: Delhi willing, Centre opposes

In a couple of weeks, the National Green Tribunal will deliver an order which is likely to have a major impact on Delhi’s air quality.

A farmers’ collective, Delhi Peasants Multipurpose Society, representing more than a thousand farmers have filed an application in National Green Tribunal on Wednesday against the tribunal’s earlier order prohibiting cultivation of any edible crops along the Yamuna floodplains.

The apex body of radio taxi operators on Wednesday moved the National Green Tribunal alleging that diesel-powered taxis operating in the capital are violating Supreme Court order prompting the green panel to seek the response of the environment ministry in the matter.

9. No sanction to any new dam on Ganga if it impedes uninterrupted flow of water: Ministry

Construction of any new dam across the Ganga may now be very difficult.

10. ISRO to zoom in on Ganga filth through clean-up app

The Indian Space Research Organization has teamed up with the National Mission for Clean Ganga to bring out mobile applications for citizens and satellite tracking of the entire river basin.

As part of its mission to clean the Ganges, the Centre will spend Rs 30,000 crore in the next four years on conservation by strengthening the livelihood of the people living along the banks of the river.

The National Green Tribunal is now asking: are the activities of the rafting industry adversely impacting the ecology of the Ganga and surrounding forests.

The Pong Dam Wildlife Sanctuary in Himachal Pradesh saw a comeback of endangered white-rumped vultures with reported sighting of around 175 birds, the state Forest and Wildlife department today said.

Views: 2,406
Share this ArticleLike this article? Email it to a friend!
Email sent!