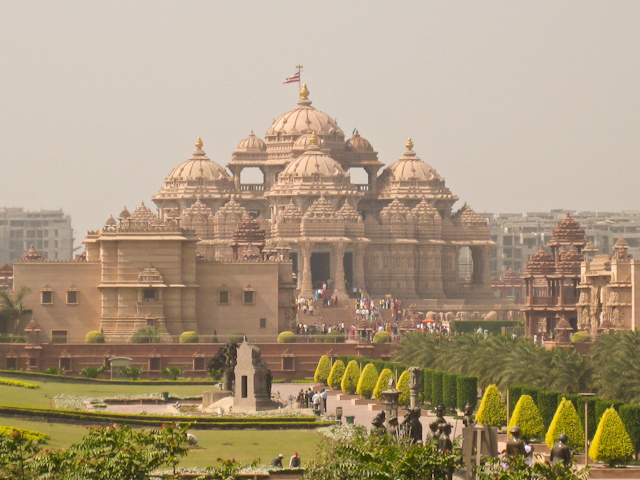 Weekly environmental news roundup from across different media networks for week 28 (between July 6 to 12) 2015.

The National Green Tribunal today slapped a fine on the Akshardham temple management for carrying out expansion without prior environmental clearance and asked a committee on revitalization of Yamuna to examine whether the expanded portion fell on the river’s floodplains.

Polluting units in industrial clusters have been a menace in a city ever struggling to clean up its toxic air and dirty water.

The city has taken its first step towards decentralized waste water treatment in the form of a pilot project at Keshopur where sewage will be treated to drinking water quality and supplied to nearby areas.

4. PHOTOS: Here Are 22 Of Delhi’s Most Beautiful Native Trees That Need Your Help

Given Delhi’s air pollution, it’s hard to believe that it is home to some of the most majestic trees.

The National Green Tribunal on Friday asked the Hindu College here to stop construction work of a hostel and plant 100 trees in its premises against the ten trees it has cut.

6. No end to littering: You are creating havoc in society, NGT tells Railways

Criticising the Indian Railways for its failure to prevent people from littering on its tracks, the National Green Tribunal on Tuesday claimed that the railways, despite being an important part of India’s heritage, was “creating havoc in society”.

Taking several hospitals, malls and hotels here to task for not complying with its orders on rainwater harvesting, the National Green Tribunal today imposed fines and issued warrants on many of them and their officials for not installing harvesting systems.

The National Green Tribunal today asked local commissioners, appointed by it to do surprise checks of illegal ground water extraction by builders in Delhi -NCR region, to submit their reports within two weeks.

The National Green Tribunal has asked the Delhi government to file a report detailing the demolition of illegal constructions at an ashram of jailed ‘godman’ Asaram.

In a significant judgment that could prevent the booming business of illegal constructions across the country, the National Green Tribunal on Tuesday imposed a penalty of Rs 76.192 crore on seven private builders for raising unauthorised structures.

Indian scientists have developed a sensor-based ‘Electronic Nose’ for sniffing out variety of gases at pulp and paper mill industries and environmental monitoring at other sensitive locations.

In a year when countries across the globe are expected to come together in Paris in December to strike a new climate change pact, India will see a Climate Change Express chugging across the country to sensitise people, especially children and the youth, about the subject.

As news emerges that crucial data provided by India’s apex pollution watchdog on Ganga’s dying stretches is inaccurate, fears abound that much of the money earmarked for the river’s cleanup will go down the drain.

The National Mission for Clean Ganga is set to release into the public domain data gathered from 110 industries that release effluents into the Ganga.

Historian Haji Tahiruddin Tahir has said that  receding water levels of river Yamuna poses a serious threat to the foundation of Taj Mahal.

Tourists visiting Rohtang pass, Marhi and Solang will find these places rather quiet Wednesday onwards as the Kullu administration has taken the National Green Tribunal order very seriously and made these areas “commercial activity free”.

The evasive snow leopard, one of the most endangered species on the planet has been spotted in Kumaon Himalayas.

Heavy rain in the hills in the past week has led to an increase in the level of Ganga and Yamuna in the city.

A tiny butterfly species new to science has been discovered in the verdant forests of the Changlang district in Arunachal Pradesh.

A talipot palm tree, a rare kind of tree that blooms just once in a lifetime and dies soon after, has been found near Thuvarankurichi in the district.

Seems like this year’s heavy rainfalls are breaking the records of past 30 years and as per the scientists global warming is to be blamed for it.

The world’s monitored seabird populations have dramatically declined by 70 per cent since the 1950s, a stark indication that marine ecosystems are not doing well, a new study has warned.

Views: 2,601
Share this ArticleLike this article? Email it to a friend!
Email sent!