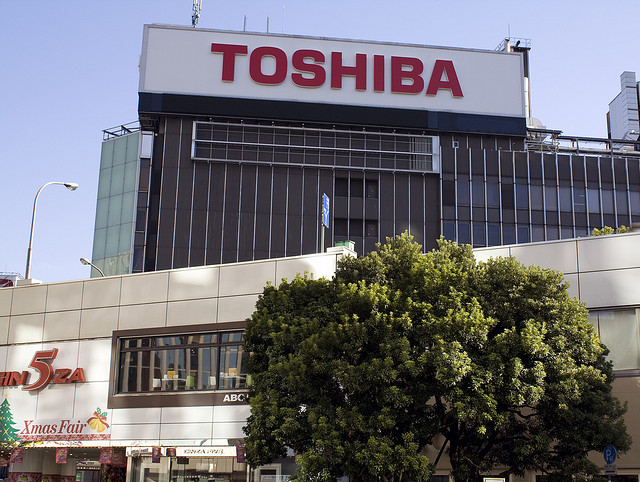 Toshiba Corporation, a Fortune Global 500 company, is now looking to strengthen its Water and Waste-water Management business in India and South Asia. To enable itself for this challenge, Toshiba Corporation has recently acquired additional 54% stake in UEM India Private Limited, an international water services company, from the Founders and IVFA. Toshiba Corporation has now become the majority owner of UEM with 80% shareholding. The current Management Team at UEM would continue to run the operations of the Company. Toshiba has appointed Mr. Koichi Matsui as Chairperson and Managing Director for UEM India.

Speaking on the development, Mr. Hirofumi Yoshino, Vice President, Water & Environmental Systems Division, Toshiba Corporation acknowledged, “Water treatment is a strategic growth area for Toshiba, and UEM is a highly respected player in the water treatment business with vast experience in delivering complex, turnkey projects around the world. After Toshiba acquired 26% strategic stake in March 2014, UEM won some additional orders by synergies with Toshiba, for water and wastewater treatment plants from Japanese companies in India and other clients abroad.”

Mr. Vishal Nevatia, Managing Partner, IVFA noted that “It has been a fulfilling journey for IVFA with UEM and Mr. Krishan Kshetry. Our team has been intensely involved with the Company over the last few years and we have built a team and business capability that we are extremely proud of. Over the last one year, IVFA has had a good working relationship with Toshiba on overseeing the business and we believe that Toshiba is a great partner who can take UEM to the next level of becoming a global leader in water treatment”.

Toshiba has been Japan’s leading manufacturer of electrical system for water supply and sewerage facilities for over 40 years. The company has also expanded the business into overseas markets, including China and Indonesia. Toshiba recognizes India as a promising country for developing water-related business in the future. The new UEM Board will be expanded to include six directors from Toshiba. Mr. Koichi Matsui would be the Chairperson and Managing Director from Toshiba; Founder Mr. Krishan Kshetry and Satish Chander from IVFA will also be on the Board.

The UEM Group is an international multi-disciplinary environmental services company that specializes in providing turnkey services in water and wastewater collection, treatment and disposal facilities. Founded by Krishan Kshetry, who has decades of international experience in wastewater management, UEM Group provides complete, single-source services from engineering and design to construction and installation of water, waste-water and domestic waste treatment facilities. Headquartered in Noida, India, UEM has executed projects in over 30 countries across India, South East Asia, North America, Central America and Africa.

Views: 3,710
Share this ArticleLike this article? Email it to a friend!
Email sent!