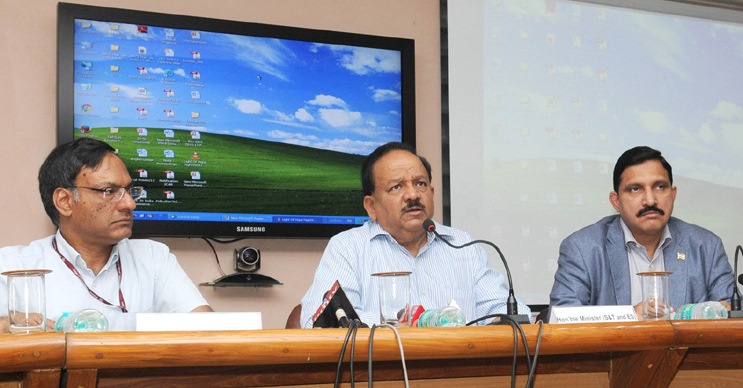 The Surya Jyoti Solar Dome stands to cost about Rs. 1,200/- and the Non Photo-Voltaic version stands to cost around Rs. 500/-. These cost figures are preliminary and are expected to reduce to Rs. 900/- and Rs. 400/- respectively. It is indeed a step close to making solar energy production a mass movement in India. 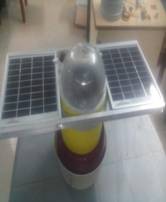 According to the Government estimate, the potential users of this device are approximately 10 million households. If the technology is adopted by just these 10 million households, it has the potential of saving 1,750 million units of energy. It would also lead to an emission reduction of about 12.5 million ton of CO2 equivalent, hence contributing to the mission of ‘Clean India, Green India’. Simultaneously, the manufacturing process will generate huge job opportunities in the Indian economy.

The working of the device was illustrated by Dr. Harsh Vardhan. The Micro Solar Dome captures sunlight through a transparent semi-spherical upper dome and concentrates it inside a dark room. The light passes through a sun-tube having a thin layer of highly reflective coating on the inner wall of the passage. It also contains a lower dome having a shutter at the bottom that can be closed if light is not required in the daytime. Surya Jyoti is leak proof and works for almost 16 hours daily and 4 hours after sunset.

Views: 7,786
Share this ArticleLike this article? Email it to a friend!
Email sent!