India Gets a New Environment Minister, With a Conservation Background! 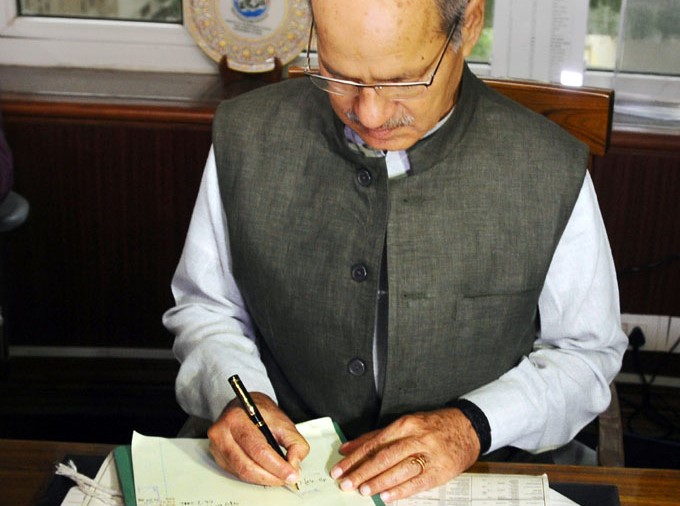 Shri Anil Madhav Dave taking charge as Minister of State for Environment, Forest and Climate Change (MoEFCC) in New Delhi on July 06, 2016. Delhi Greens congratulations the Minister and sends him good wishes for helping protect the environment and forests of India and tackle the impending challenge of climate change.

A little more about the Minister:

Born on July 6, 1956 in village Barnagar of Ujjain district in Madhya Pradesh, Shri Dave received his primary education in Gujarat. He did his Masters in Commerce with a specialisation in Rural Development & Management from Indore. He was a student leader during his college days.

He is well-known for his work on river Narmada through an organisation ‘Narmada Samagra’ founded by him, which works on conservation of Narmada and its catchment area through various activities and events. He flew a Cessna 173 aircraft along the banks of Narmada for 18 hours to complete his circumambulation in air.

He travelled and completed an insurmountable raft journey of 1,312 km long river Narmada in 19 days.  He is the driving force behind the organisation of a biennial event ‘River Festival’. This festival is one of its kind, in entire Asia.  It covers climate change and environmental issues, specially related to conservation of rivers across the globe.

Shri Anil Madhav Dave has initiated the programme for development of bio-toilets in every school of Hoshangabad district of Madhya Pradesh. This programme was declared by the Prime Minister, Shri Narendra Modi, during his speech on Independence Day in 2014 from Red Fort in Delhi. Through this project, 98,000 students from 1,880 schools in Hoshangabad district have separate toilet facilities for boys and girls.

He has also adopted Jahanpur Panchayat (cornerstone of a local self-government) having four villages under it (including Jahanpur) near the banks of river Narmada, which he has taken under Sansad Adarsh Gram Yojana for its overall and ideal development.

One thought on “India Gets a New Environment Minister, With a Conservation Background!”

Views: 3,603
Share this ArticleLike this article? Email it to a friend!
Email sent!