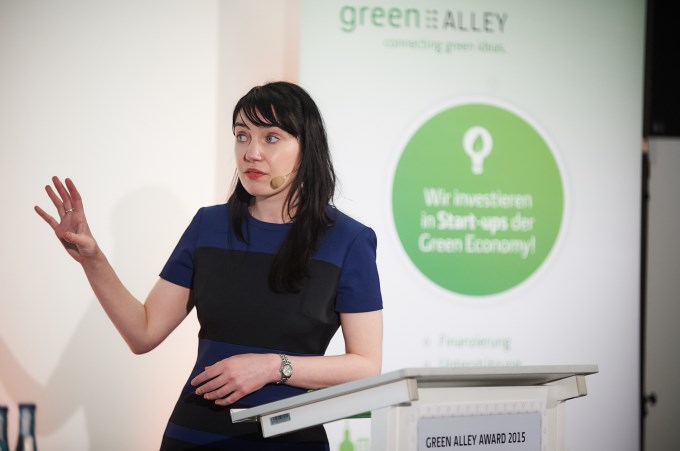 The Green Alley Award is given once a year to entrepreneurs and start-ups of the circular economy, organized by a network of partners in the Circular Economy and European entrepreneurial scene. Green Alley, the initiator, has been working with Seedmatch, Germany’s crowdfunding pioneer, since 2014.

As a strict European Union (EU) waste package is being negotiated in Brussels, Green Alley is looking for solutions which can implement the potential provisions. For the fourth time, green start-ups and young entrepreneurs are invited to apply for the Green Alley Award, Europe’s founder’s prize for the circular economy.

The Green Alley Award is looking not only for business models relating to resource conservation, the circular economy, and recycling, but also for innovations in handling chemicals. This year, the award focuses on Ireland in addition to Germany, the UK, and Finland. Start-ups can submit their applications at www.green-alley-award.com until 25 July, 2017.

“Last year, we received nearly 200 applications from more than 50 countries,” reports Jan Patrick Schulz, CEO of Green Alley Investment GmbH. “The large response makes clear that the topic of resource conservation has arrived on the start-up scene. We’re expecting an even greater response in 2017. And it’s not just entrepreneurs with a passion for sustainability who are applying. An increasing number have also recognised the great economic potential in the circular economy.”

The Green Alley Award has been awarded since 2014, focusing on a different European country each year. This year, that country is Ireland, which together with its start-up capital Dublin is known as the European headquarters for various American tech companies – Google, Facebook, and eBay, to name a few.

According to Grant Kinsman, CEO of H2 Compliance and Green Alley Award partner, “Ireland is at the heart of Europe, a small highly globalised economy, with yet a large exporting sector. Furthermore, the country has to show a vibrant and highly successful business start-up culture, absolutely key and core to the continued successful economy. I am delighted to connect Green Alley to Irish entrepreneurs this year.”

As gateway to the United States, the United Kingdom, Europe, and the Middle East, Ireland is an attractive place to invest; 46 percent of investments in local start-ups are now being made by international investors. Ron Immink, entrepreneur, start-up coach, and patron of this year’s Green Alley Award, explains why the circular economy in particular should play a major role, “Transformative purpose is a key success factor for growth, I can’t imagine a better purpose for an entrepreneur but to tackle climate change.”

Six start-ups will be invited to the final round of the Green Alley Award 2017 in Berlin, where they will participate in individual workshops with experts and experienced start-ups from the circular economy and receive valuable feedback on their business models. At the end of the pitching event, an international jury of start-ups and experts will choose the winner of the Green Alley Award. The winner will receive a prize package worth up to 30,000 Euros, including a trip to Finland for the start-up event Slush.

Views: 2,979
Share this ArticleLike this article? Email it to a friend!
Email sent!