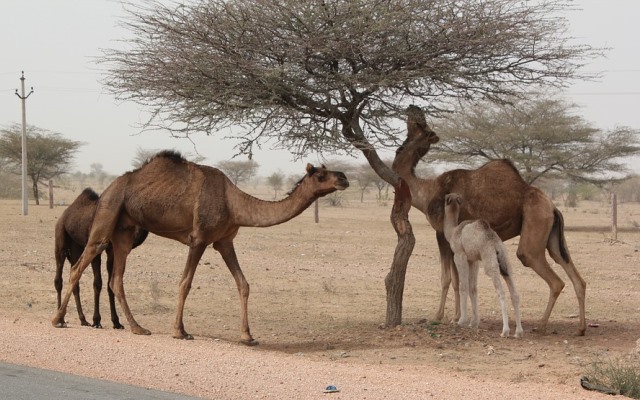 Established in 1994, the United Nations Convention to Combat Desertification (UNCCD) is the sole legally binding international agreement linking environment and development to sustainable land management. The Conference of Parties (CoP) to the UNCCD is the main decision making body of the Convention, with 197 countries acting as its signatories with meetings held annually.

COP-14 to the UNCCD will take place this year and India is the host country. COP-14 to the UNCCD will take place in New Delhi, India from 2 to 13 September 2019. The aim of COP-14 is to review reports submitted by parties, make recommendations on the basis of these reports along with making amendments to the Convention. COP meetings have been held biennially since 2001. COP-13 was held in Ordos, China in September 2017.

The UNGA (United Nations General Assembly) had announced 2010-2020 the UNDDD (United Nations Decade for Deserts and the Fight against Desertification). The idea behind this has been to promote action that will protect lands from degradation and destruction and to ensure short term and long term protection of soil and dry lands which have been increasingly becoming polluted in the 21st century.

Acknowledging past and ongoing efforts towards the cause, as well as the restricted activism for poverty alleviation among dryland populations, the UN Assembly declared the Decade a period for concerted global action. The main cause of concern is the fact that dry lands support 50% of the world’s livestock, and are major source of grains for the production of bread, and with increasing land aridity, a large population of indigenous communities will be displaced along with many wildlife habitats.

Gaurav Khare, a Ministry of Environment, Forest and Climate Change spokesperson said the government is committed to achieve land degradation neutrality by 2030 and by hosting the COP-14 it aims to showcase its role as a global leader in addressing the land agenda.

The Global Conference is expected to review the progress made, especially during the last two years, to control and reverse further loss of productive land from desertification, land degradation and drought. These are increasingly leading to loss of livelihoods among communities in both developed and developing countries.

The Conference of Parties – 14 to the UNCCD will attract over 5000 representatives from over 196 countries, and is expected to host national, regional and local governments, science and research communities, the private sector, international and non-governmental organizations and all forms media will address these issues during the two-week event.

Views: 2,031
Share this ArticleLike this article? Email it to a friend!
Email sent!