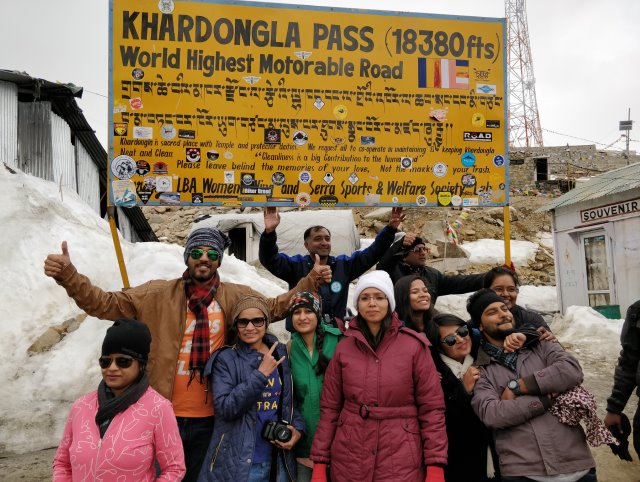 On 5th August 2019, Home Minister Amit Shah announced the removal of Article 370 and bifurcation of Jammu & Kashmir into two Union Territories, Ladakh and Jammu & Kashmir. The creation of the Ladakh UT has been a long pending demand of the people of Ladakh. Many believe that the UT status will introduce more development in both the regions, especially in Ladakh which has remained in the backseat in the erstwhile J&K State administration.

Article 370 of the Constitution of India had given Jammu & Kashmir special powers, allowing the people to have a separate Constitution, a flag and autonomy over internal administration. In addition, it denied property rights to anyone who did not belong to J&K which played a key role in preventing the intermingling of people thereby restricting Ladakhi and Kashmiri culture.

Women from J&K who married anywhere in India immediately lost the rights to property and inheritance. However, the removal of Article 370 will subsequently allow every Indian citizen to buy land in the region which may pose a threat to the Himalayan region, specifically to Ladakh. The new arrivals may not be aware of the traditional knowledge, practices and limitations of the Himalayan ecosystem and may develop their land in an unsustainable manner.

With a population of over 3 lakh people, the Ladakh valley beholds a fragile environment with scanty natural resources. The Tourism industry is already at its peak and the valley is slowly losing it natural habitat. The rate at which construction work is taking place has concerned environmentalists and is already affecting the beauty and heritage of Ladakh.

It is alarming to note that more than 3 lakh tourists visited Ladakh in 2018 alone. This is more than the population of Ladakh itself. Let us not forget that Ladakh is a Cold Desert and water is not easily accessible here. It is also heavily dependent on commodities that are brought through trucks every day via the Manali or Srinagar highway.

Prior to the tourism boom in Ladakh, its economy was mainly dependent on agriculture and local products. The closely-knit Ladakhi community was self-sufficient. However as demand increased, Ladakhis expanded their market and became part of the global market. Leh is now flooded with technological marvels like LED televisions, mobile phones of all kinds, laptops, etc. Leh and its suburbs are now very different in terms of lifestyle, the way people work, communicate and the nature of their jobs.

Change had to be accepted in the name of “development”. But like most communities, traditions in Ladakh experienced a downfall after the markets expanded and many feel that the community is losing its essence and culture. Modernisation and development through mass tourism has played a key role in bringing these changes. Tourists have made Ladakhis unconscious of their own culture.

Ladakh became open to tourist in 1947 when only western tourists knew about the region and came in search of authentic Buddhist monasteries. Ladakhis always welcomed the western explorers and the ‘hippies’ who travelled across Himalayas in search of spiritual realities. Tourists were allowed to see the images of tantric deities which were, at that period, quite unknown to the rest of the world. Tourism then was not a money making industry. Now, agricultural land on the outskirts of Leh has been lost to hotel construction and infrastructure development. This is just one example of how capitalist interests leads to irresponsible exploitation of scarce natural resources.

Many people across Ladakh and India are rejoicing the removal of Article 370. It is believed that this will allow better development of Ladakh. But the questions is, can Ladakh afford more development? I strongly believe that the answer to this is a big fat NO. While it is crucial to recognise that change is bound to come and that Ladakh cannot be kept in isolation, a standard western model of development is not appropriate for Ladakh.

Any development model for Ladakh should not only be sustainable but also reinforce the traditional self-reliance of Ladakhi people. Considering the amount of environmental damage that the region has already witnessed, further infrastructural development will slowly destroy what little is left of this paradise.

How much development is good for the regions is up to the people of Ladakh to decide. Ladakhis need to be more responsible with their land and resources as infinite development is not viable when resources are finite. Ladakh is already facing acute water crisis and plastic pollution, and much of the blame goes to rapid infrastructure development, mass tourism and climate change. The situation will only worsen with time.

It is thus necessary for the people of Ladakh to become aware of the threats of unplanned development and move towards sustainable and inclusive development that benefits the locals and does not threaten the environment and culture. Indeed, shifting both existing and forthcoming tourist initiatives towards sustainable and ecotourism is the need of the hour in the new Ladakh.

One thought on “Post Article 370, Can Ladakh Afford Any More Development?”

Views: 15,304
Share this ArticleLike this article? Email it to a friend!
Email sent!