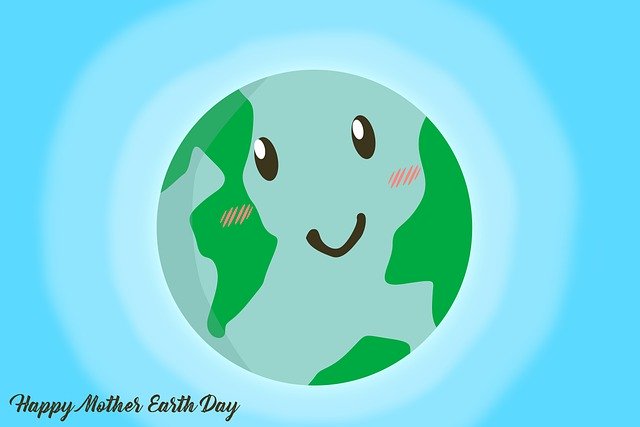 Earth Day is celebrated on 22 April as a day to remind us of all that we received from Mother Earth. Initiated in the year 1970, Earth Day has been a symbol of hope, environmental protection and a day to showcase environmental efforts and contributions. This year, Earth Day 2020, was the 50th anniversary of celebrating Earth Day.

The 50th anniversary of the Earth Day came at a sad time, amidst the global Coronvairus pandemic. COVID-19, as it is also known as, has restricted every human being to his/her house. However, this did not stop the Satya Bharti Schools from celebrating Earth Day 2020!

The Satya Bharti Schools organised an e-Competition for its nearly 40,000 students across its many schools located in rural India. The painting competition upheld the motto of Earth Day and also promoted the spirit of environmental protection in all the participants. The Satya Bharti Schools are run by the Bharti Foundation, the philanthropic arm of Bharti Enterprises.

Multiple themes were given to children to inspire their imagination, such as Water Conservation, Tree Plantation, Say No to Plastic, Save the Planet Earth, Environmental Pollution, and more. The students made beautiful paintings, and shared them with their teachers through WhatsApp groups created for parents and teachers.

Etsy, a NASDAQ listed, global marketplace for handmade and unique items, and having a vibrant community of 2.7 million small sellers across the world, announced that one Earth Day is simply not enough! That is why, it works year round to balance the carbon emissions from shipping every package.

Elsewhere, Ramesh Kalanje, Vice President, Center of Excellence, Commvault, part of UN’s global taskforce Business Avengers warned that the IT industry is surpassing carbon footprint levels of even the aviation industry. He therefore called for an initiative to drive greater awareness for improving technology to improve efficiencies in an environmentally-conscious manner.

Another industry leader, Mr. Saravanan Panneer Selvam, General Manager, Grundfos India did not shy away from acknowledging the impacts of COVID-19. “Our planet is going through some unprecedented times currently. The effect of Covid-19 on human being and the economy has been devastating. This situation has also brought to the forefront the importance of mitigating climate change to contain this existing virus as well as prevent future potential pandemics,” he said.

In the USA, Climate Neutral, an independent non-profit organization engaging brands in the transition to a low-carbon world, announced the inaugural class of more than 70 Climate Neutral Certified companies. By earning the Climate Neutral certification, these 71 brands are leading by example and accepting full accountability for their carbon footprint.

Prior to this, as a curtain raiser to Earth Day 2020, the Earth Day Network released a 7 minute long video song on the title, Dharti Ma. The title literally translates to Mother Earth and is a tribute to our Planet. The song is an amalgamation of styles and has been rendered in 8 languages by some of the finest musicians of India.

Views: 2,414
Share this ArticleLike this article? Email it to a friend!
Email sent!