The Story of Emerging Mini Forests in Faridabad 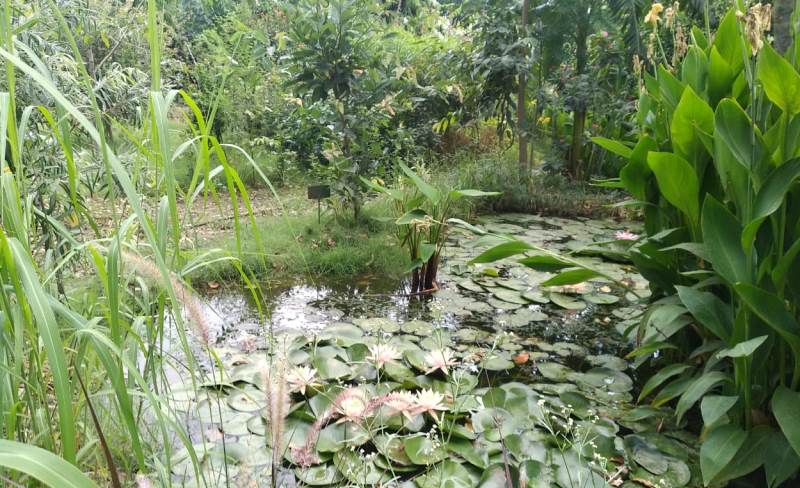 Samarrth Khanna shares with you the story of a one-of-its-kind initiative led by him in Faridabad. The initiative is aimed at recreating a self-sustaining ecosystem on a degraded piece of land adjacent to a residential area and a busy traffic junction. It has already resulted in the creation of a Mini Forest, with many more to come! Samarrth took this initiate when he was in school, the youngest member in his team is 6 years old.

Faridabad is part of the Delhi NCR (National Capital Region) and has evolved into one of the most polluted cities in the world as per WHO Reports. Plagued by industrial emissions, highway traffic and poor environmental ethics it is fast becoming unlivable for both human and non-human residents. Any naturalist can actually witness decrease in number of birds and butterflies across the length and breadth of Faridabad. The city is therefore at a stage where the survival of both humans and speechless wildlife is on the edge.

Saddened by the callus attitude of residents and authorities to the ever increasing pollution, I led a group of youth and found some mentors to identify vacant spaces in my neighbourhood back in 2017. We looked for a space not allotted by authorities for any other purpose and carry out some plantation there as a solution to the pollution. Our aim was also to provide some relief to the rapidly disappearing urban biodiversity.

Our search concluded in the summer of that year, while I was going home in my school bus. On my way, I saw a patch of land next to Lal Bahadur Shastri Chowk. It is a place which is a very busy traffic junction and was full of garbage from polybags to packets and discarded plastic bottles. This made me quite sad. I transformed my sadness into motivation and decided to do something about it. After all, it is my city, and I am equally responsible to ensure that it is clean, healthy and livable.

The Prime Minister kept announcing from the Red Fort that we should keep our surroundings clean. But sadly, I found that no one bothered about this place. I decided to take charge of the situation and also encouraged other students to join hands with me and also take charge of this matter.

I and my friends started spending our weekends at this place to pick up all the waste which was continuously being dumped in this area. The youngest member in our team was 6 years old and also lived closest to this site. We continue this work till the present day and so far we have managed to clear 4,000 kg of waste from this place. After all the cleaning process, we were left with a land which was extremely barren and the soil here was very hard and did not readily supported plant growth.

We initially took help of earthworms and bio-enzymes to loosen the soil and make it suitable for plants. Using such strategies in most parts of the site adopted by us, the land started healing and plants started growing more easily. Later, we even started using native grasses to revive the soil further. This land is now on its way to becoming a self-sustainable ecosystem.

We then planted species native to the Yamuna floodplains and Aravalli ranges in this site. The species were identified and planted in such a manner that they form ecological communities and not just add greenery to this place. It was important for us this site performs ecological functions and starts supporting all kinds of life. Our efforts soon bore fruits, and leaves and branches and roots! And we were finally successful to transform the site adopted by us into a healthy and functional Mini Forest!

At the Mini Forest, we have tried to make different micro-habitats so that different creatures can survive in this place according to their needs. We have also created a small wetland in the Mini Forest which is now home to many species of aquatic plants, fish, dragonflies, damselflies and frogs. Some of these species keep a check on mosquitoes by eating them up in different stages of their lifecycle. According to research, one dragonfly can eat up to 200 mosquitoes in a day!

The wetland also helps us to store the rainwater and therefore helps in ground water recharge. Along with these, we have a grassland in the making which is already a home to many species of grasses and birds like prinias and robins along with many lizards and a pair of mongoose. The third habitat zone is full of trees, shrubs and herbs which have their own role to play and host species which like dense vegetation.

When we first began our work, there were only around 5 species of plants but today we have 112 different species of plants including herbs, shrubs, trees, climbers and aquatic plants in this area. All these species work together to form functional ecological communities. The total species of birds have also increased from 6 to now 37 in just a few years. Many birds have also started nesting in this area. We also can easily find 22 species of butterflies in the Mini Forest, which also breed here.

The Mini Forest has also become one of the most famous environmental education centres in just a few years’ time. Students come here to see and learn about the different habitats and ecological communities. The place which was once an eyesore that no one gave any attention to, is now fast becoming a success story of bringing back Nature and wilderness closer to cities.

And that too, created by the children for the benefit of their city’s people as well as urban biodiversity. I just want to say here, if us children can do it without much resources or authority, I don’t know what the elders are sitting and waiting for.

Anyways, coming back to the Mini Forest, each and every drop which falls here goes into the ground and helps in recharging ground water. The saplings we planted are becoming taller and denser and the rate of carbon and pollution absorption is also increasing. All the pollution from the nearby Chowk will get absorbed here and the Mini Forest will also allow the animals to live the way they want to. We humans are getting clean air, there is reduction in number of mosquitoes and increase in aesthetic beauty in our surroundings.

During the 2019 monsoon, we got a chance to see fireflies at the Mini Forest, which have otherwise vanished from our cities. The mongoose and the birds of prey can be seen here giving rise to their offspring and butterflies can be seen here pollinating all the flowers and adding beauty to this place which was once under garbage.

In this journey we have also tried to provide livelihoods to the poor people by training them to look after plants and giving them employment. Donations and support from groups like GMFER have helped us pay salaries to the gardeners and also in buying saplings.

We were also able to convince our Residents Welfare Association (RWA) headed by Mr. Sanjay Batra and Nirmal Mehendale as this land comes under the supervision of Faridabad Sec 15 RWA. With their support, we are now working to make two more Mini Forests as it is now a model which can be easily replicated to areas big or small.

I was 16 years old when I started on this journey and was completely saddened to see people just talking about the problems like pollution, climate change and loss of biodiversity. None of them were taking actions and I thought that we have to start somewhere and do something about it. And that was another reason for me to take up this urban rewilding project along with my team members.

And then, even though I cleared my Medical Entrance Examination, I found myself more useful among species of plants and animals. I therefore chose to serve these and Mother Nature instead and chose to study Environmental Sciences. I look back at my decision and at the Mini Forest, and the many more to come and feel very proud of the pathway I have chosen for myself.

Samarrth would like to acknowledge the support of countless number of citizens, RWAs and many experts from the Biodiversity Parks and various institutes located across Delhi NCR who helped me develop an understanding of ecological interactions. Samarrth was also an invited delegate during the 4th Delhi Youth Summit on Climate Change (DYSoC 2018).

Samarrth Khanna is a young environmental enthusiast who embarked on a journey to create a mini forest in Faridabad since age 16.

One thought on “The Story of Emerging Mini Forests in Faridabad”

Views: 3,787
Share this ArticleLike this article? Email it to a friend!
Email sent!