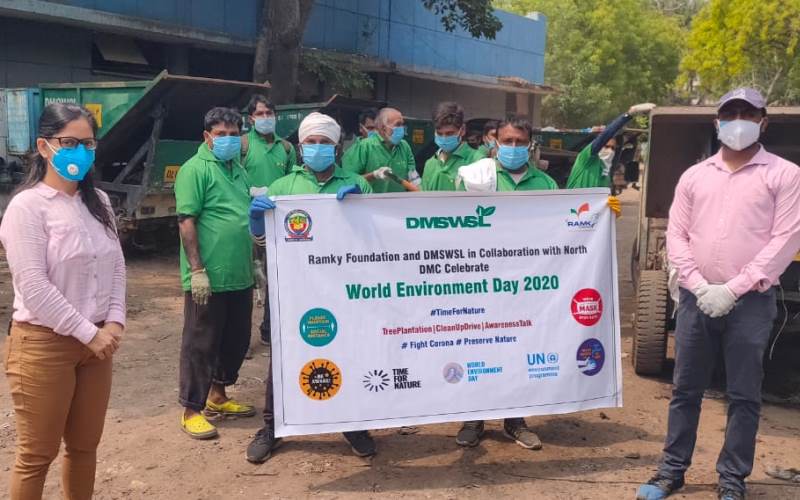 Ramky Foundation and DMSWSL in collaboration with North Delhi Municipal Corporation have extended Environment Day to Environment Month! Several environmental protection initiatives are being organised since 5th June and more activities are planned throughout the rest of the month. The Environment Day itself was marked on 5th June by the Foundation and the NDMC by planting trees along with the Ward Sanitation Team.

The tree plantation activity that was started on 5th June is now ongoing at different places under the NDMC throughout this month. Saplings have already been planted at SI Office North DMC Pitam Pura, Ward Number 64, Keshav Puram Zone, Rajapur Compactor & SI North DMC office Prashant Vihar, Ward Number 58, Rohini Zone, etc. The objective of the campaign is to make our Planet and environment clean and green and free from pollution. 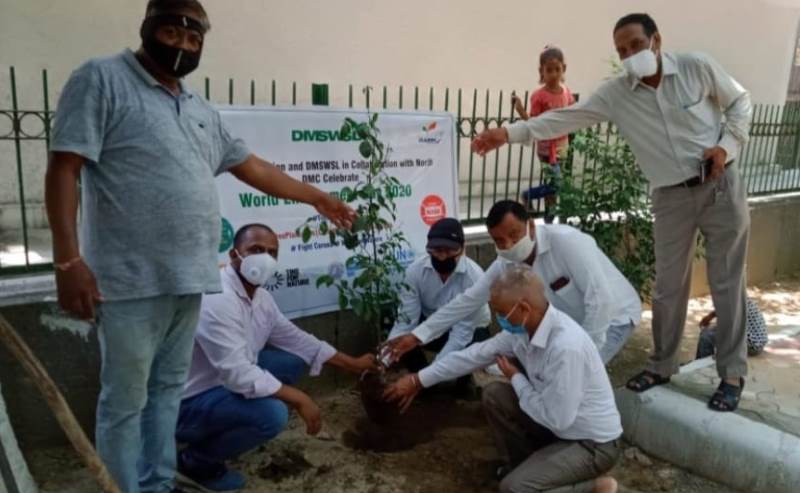 The tree plantation activity has also witnessed enthusiastic participation from different members of the Foundation and the NDMC and also by workers associated with waste management. Notable among these is the support extended by Sanitation Superintendent (SS) Mr. Lohat, Mr. Gupta (SI) and Ward Team of the North MCD. They not only planted trees voluntarily but also took the oath to take care of the planted saplings. Notable support for the tree plantation has also been extended by the ASI from North DMC for this green initiative.

Along with tree plantations, Ramky Foundation, DMSWL and the NDMC have also been carrying out Clean Up drives. The waste collection sites in the municipality are now increasingly getting free from scrap and waste lying around. The ongoing campaign is seeing success due to the heartful involvement of all the staff, partners and individuals of the municipality. Let us hope the Environment Day continues to become the rallying point for further green action in the future.

Views: 2,454
Share this ArticleLike this article? Email it to a friend!
Email sent!