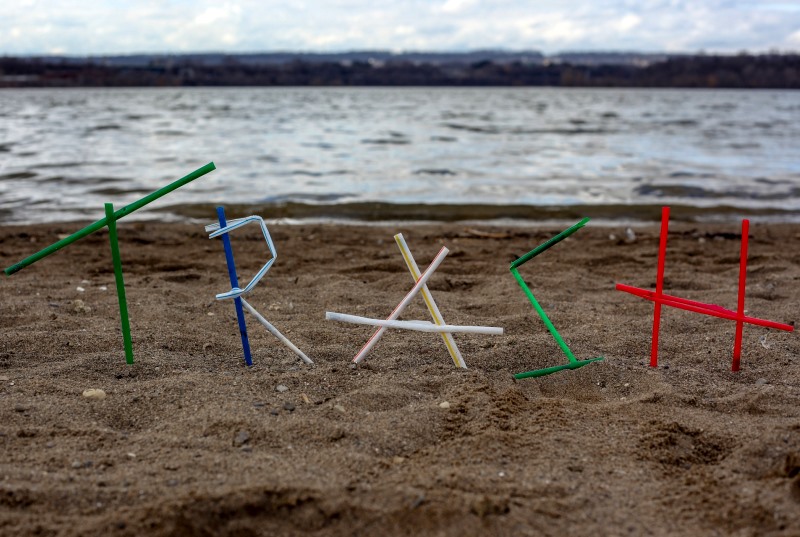 The world is facing a great plastic waste problem. We probably don’t see it because a lot of it ends up in the seas and oceans. In 1988, the NOAA (National Oceanic and Atmospheric Administration) published a paper which seem to describe the presence of a patch of garbage floating in the middle of the Pacific Ocean! It was found to have plastic waste, wood pulp, and other debris like fishnet, chemical sludge etc.

This patch was discovered in the North Pacific since all the waste is trapped by the currents of the North Pacific gyre. A gyre is a large system of circulating oceanic currents, generally with large wind movements. The gyre is the centre of oceanic currents, which usually remains calm and so circular currents draw all the waste to the centre of the gyre.

What is even more concerning is that a majority of this garbage patch is almost entirely made up of microplastics.  Since microplastics are not visible to the naked eye in isolation, the exact size of this patch may never be found until it becomes too big a problem. This is the main reason as to why scientists have not been able to estimate its size and quantity so far.

Around 90% of all the trash found in the ocean is plastic. This is because it is the most used substance which is non-biodegradable, has low density, cost-effectiveness and easily malleable. Apparently, it gets photodegraded by the sun into small pieces.

This breakdown leaches out colourants and chemicals which are harmful to both environment and human health. They are a potent cause of cardiovascular disease, breast, brain cancers and hormonal dysfunction. According to a study, around 93% of Americans are found to have such chemicals in their blood.

Source and Impact of the Debris

According to reports, 54% of the debris in the Pacific Ocean comes from the land-based activities in North America and Asia. And 20% comes directly from plastic dumped by the boat users, large cargo ships etc.

Effects on marine biodiversity: The plastic dumped into the ocean affects the existence of marine organisms. Sea turtles mistake the shiny plastic for their food and die of starvation or organ failure. The fishing net traps marine fishes or mammals etc.

Additionally, this plastics patch blocks the sunlight for the algae and plankton disturbing the entire food chain. What is even more daunting for them is that nets designed to collect the debris would take their life as well. It is therefore a double-edged sword to clean this patch.

Since the region of Pacific Northwest is far from any country’s coastline, there is no political will to provide the funding for cleaning the plastic debris. According to report quoting Charles Moore, the discoverer of vortex of the plastic patch in the Pacific Ocean, “If any country tries to do the same, it may pay the consequence of bankruptcy”.

The National Capital alone contributes majorly to the waste generation in India. Delhi has 3 major landfills which are rising in height day by day. Very little of the municipal waste generated are collected in Delhi is taken for recycling. This is why it is not only the Pacific Ocean which is choked up with plastic, the Indian Ocean and the Atlantic Ocean are also filled with millions of plastic waste items weighing thousands of tonnes.

The coastal areas in India are no different. Earlier people used to make fishnets out of cotton threads or substances that can biodegrade easily. During the monsoon season, the fishnets and other plastic items dumped by the tourists or the local people on the coastal areas get mixed up with the seawater, hence impacting the marine ecology.

Most of the important rivers in India, be it the Yamuna or Ganga, are graveyards for aquatic life. The key reason for the same is increasing pollution. Yamuna river used to be home to a number of species. The most important ones, the Gharial and the dolphin have reduced in number. The Gharial has been declared by the International Union for Conservation of Nature & Natural Resources (IUCN) as a critically endangered species in its Red Data Book.

It is estimated that by 2050, there would be as many plastic wastes as the number of fish in the ocean. One thing which seems clear is that earth cannot digest this harmful waste that is being used in such a huge quantity. Every day the US dumps around 88 thousand tonnes of plastic, most of which ends up either in a landfill or in the ocean.

There are various organisations working on this issue. But the problem is huge. Refusing is the only method left for us in order to mitigate the plastic waste problem in the future. This is a global problem, so it should be tackled globally in a Think Global, Act Local manner. Local governments should make policies to stop the use of plastic items, only then we will be able to achieve sustainable development.

47 thoughts on “Do We Really Have a Great Pacific Garbage Patch?”

Views: 2,217
Share this ArticleLike this article? Email it to a friend!
Email sent!