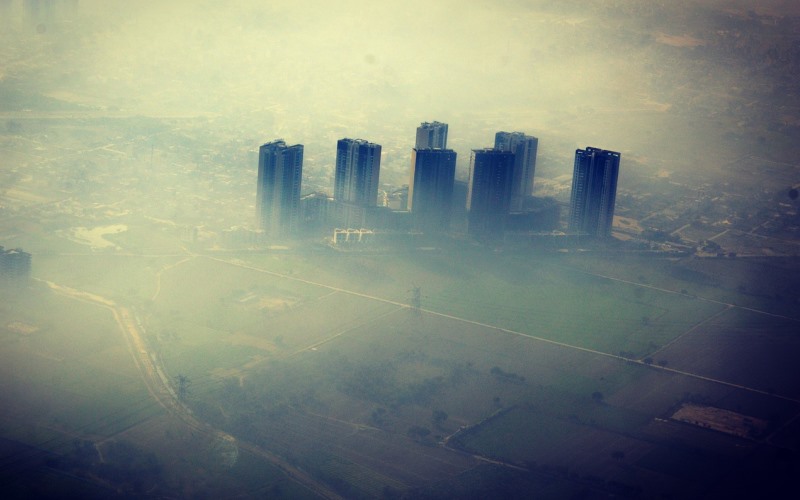 Air pollution is an urban catastrophe which has had a devastating impact on the citizens of Delhi. In 2016, Delhi witnessed an environmental flashpoint when schools in the national capital were shut down for the first time due to air pollution. The World Health Organization declared Delhi as the most polluted city in 2018. Every year since then, while the rankings have change, Delhi has witnessed consistent rise in air pollution and in the city’s air quality index (AQI) levels. This has resulted in severe health problems for the citizens, difficulty in carrying out day-to-day tasks and several other obvious and not-so-obvious challenges, all leading to great distress in people of all age groups.

Delhi is a land-locked metropolitan hub making it vulnerable to unique topographic factors that also contribute to air pollution. During summers, Delhi experiences a lot of dusty winds from the semi-arid to arid regions surrounding it. And in winters, the city is put under a veil of toxic smog making life extremely difficult for the citizens. In the winters, Delhi not only experiences drastic weather changes but also much higher levels of Particulate Matter (PM) in the air than experienced in other parts of the year. This is due to a peculiar phenomenon known as temperature inversion.

Temperature inversion accelerates air pollution in Delhi during winters putting everyone in harm’s way. Apart from large-scale crop burning taking place in Haryana and Punjab during the onset of winters, temperature inversion accompanied by slow winds and heavy air is a key contributor of air pollution in the National Capital Territory (NCT) and National Capital Region (NCR) of Delhi. Increasing incidences of crop burning in states surrounding Delhi is another big contributor towards declining winter air quality in the city. The effect of crop burning was felt so severely in 2018 that the government issued a ban on this technique of farming. Since then, the levels of air pollution related smog have gone down to some extent in subsequent years. However, crop burning continues to take place in a hush-hush manner; it has not been easy to put an end to it completely. Is is still very much a factor contributing to the increasing air pollution in Delhi NCT and NCR.

The reason that crop burning affects the city so severely is due to its timing of when it takes places. Stubble burning starts during the beginning of the winter months, at a time when the wind direction is usually westerly, pushing all the smoke and pollutants towards the city. With this, the smog from these fires settles into the heavy winter atmosphere and creates a blanket over the city. The high levels of pollutant in the air come with a number of health risks such as respiratory diseases as well as cardiac infections. Banning diesel generators, promoting the use of face masks, banning fireworks and advising citizens to stay indoors during hazardous air quality episodes are some of the steps taken by the Government of Delhi to ensure the safety of the citizens.

Since the last two years, with the wave of COVID-19 hitting the world, the combination of the pandemic along with air pollution makes the situation extremely hazardous for people of Delhi. The face masks are now not only being advised to prevent the health hazards faced due to the presence of toxic air pollutants but also to prevent the spread of the COVID-19 coronavirus. During the lockdown, Delhi experienced cleaner air in comparison to the years that immediately preceded the pandemic. This is largely attributed to shutting down of construction sites, putting restrictions on travel and commercial and industrial work being put to a halt. These clean days lasted for merely a few months before the lockdown was lifted sending the air quality index numbers in Delhi back to unhealthy and hazardous categories.

Every year, meteorologists expect winds to accelerate by the end of the winter so that the polluted air of Delhi becomes clear. This year it took all of February for the air quality in Delhi to become relatively better; the number of polluted days are only increasing. The sad reality is that as long as the citizens of Delhi themselves don’t become more aware of this crisis and work to reduce their contribution to the pollution, the problem will remain impossible to be solved. If more and more citizens start using public transport, create less congestion on roads and abide by the policies of the government, the city will become much cleaner. The summer months may help overcome the air pollution problem of Delhi to some extent, but the air quality in Delhi will only improve if the citizens do their part as well. 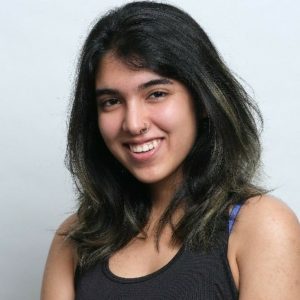 Vedha Sharma is pursuing an undergraduate degree in environmental studies at Jindal School of Environment and Sustainability, OP Jindal Global University. Studying sustainability has helped her adopt a sustainable lifestyle; she is working to inspire others to do the same.

https://www.instagram.com/delhigreens/feed/
Views: 2,206
Share this ArticleLike this article? Email it to a friend!
Email sent!