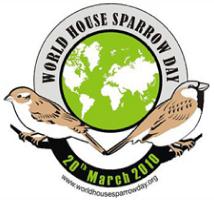 If there is one bird you can remember from your childhood, it would probably be the House Sparrow. Since it lives in close proximity with humans, the House Sparrow is, for most of us, the first bird we learn to identify. Many bird watchers and ornithologists recall with fondness how the House Sparrow gave flight to their passion for observing birds. The association goes back centuries. No other bird has been associated with the day-to-day life of humanity like the House Sparrow. It is a bird that evokes fond memories and has thus found mention in folklore and songs from time immemorial.

Till not very long ago, the House Sparrow was one of the most abundant and common birds in the world. But like all other plants and animals which were once abundant and now face a shaky future, their numbers are declining across their natural range. This is because of wide ranging reasons such as destruction of habitat to lack of insect food for the young and even the increasing microwave pollution from mobile phone towers.

The Honourable Chief Minister of Delhi, will be inaugurating this International event at her residence on 20th March at 10 AM. In order to participate or for more information, contact: Mohammed Dilawar – 91 94200 01820

Dr. Surya Prakash from JNU would also be carrying out an illustrative talk and exhibition along with WWF-India. He can be contacted at 09810408330.

Fri Mar 19 , 2010
23       File photo of the previous Delhi Climate Bicycle Ride In its dedicated attempt at raising awareness about climate change, rising vehicular pollution and promoting Cycling, walking and public transport as the most healthy and environment-friendly way of commuting, the Delhi Cycling Club calls for the third Climate Bicycle Ride […] 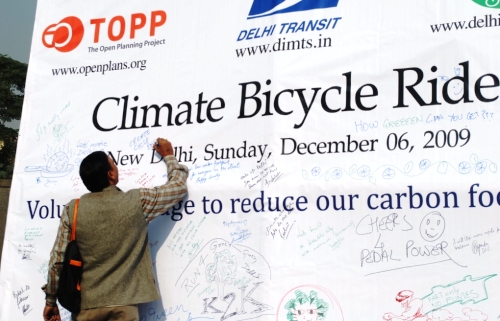