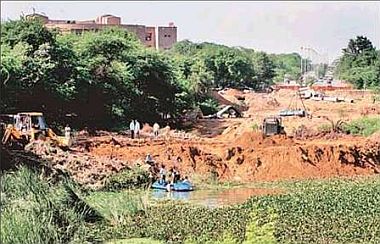 “….this is not my job” “…this was a part of work that had been assigned to you…”

We often came across such phrases in our day-to-day lives whether it’s an ongoing sibling fight, a couple’s argument, or the political parties blame game. A similar feud is now on between PWD (Public Works Department) and DDA (Delhi Development Authority), over the restoration of the ‘Neela Hauz’- a once beautiful waterbody near Aruna Asaf Ali Road.

Although DDA claims ownership of Neela Hauz, it states that since PWD was constructing a flyover across it, it was PWD’s responsibility to restore the lake. But PWD seems to have a different say altogether.

According to PWD, it was only to restore that area which was under construction and consequently it had no further plans for restoring the lake. But in reality, after PWD started their work on the flyover, (part of the Commonwealth infrastructure) it has been dumping malba in the Neela Hauz thus killing the waterbody. This contradiction has made the state of waterbody worrisome for environmentalists and residents.

Neela Hauz was once a beautiful stretch of nature’s creation with a recorded history of over 500 years. It was frequently visited by migratory birds is known for the occurrence of natural ground water. But all the deeds of PWD added to disturbance in the water table and it is no more a lake anymore, as reported by a resident of Vasant Kunj.

From further reports it is known that after residents approached L-G Tejinder Khanna, they were assured that there was a clause in the contract tendered by PWD, which made it compulsory for it to restore the lake.

To add-on on this, it was further said that PWD will restore the Neela Hauz and a biodiversity park will be made on the land around it!

Whatever may be the fate of Neela Hauz but as of now it has become the ‘Fighting Ring of Government Organizations’ threatening Delhi, Delhi’s environment and Mother Nature which is not acceptable in any form.

This further raises some unanswered questions: 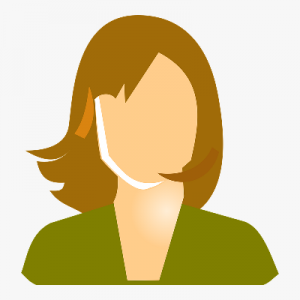 Views: 4,777
Share this ArticleLike this article? Email it to a friend!
Email sent!