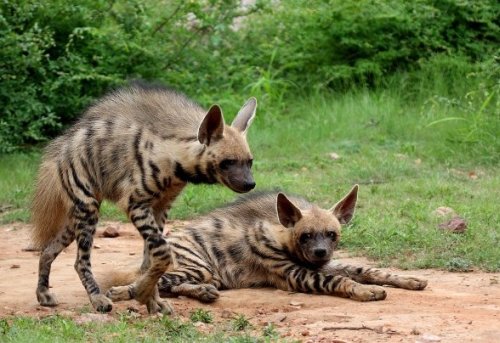 Concerned about the inadequacy of the Wild Life (Protection) Act 1972 in reducing the ever increasing instances of wild life crimes across the country, the Ministry of Environment & Forests has put forth a draft Wild Life (Protection) Bill 2010. It has been noticed that the current penalties have failed to act as deterrents with few convictions having taken place since the Act first came into force. Several of these wild life crimes are carried out by international gang of criminals who have a sophisticated network across the country as well as state of the art equipments. At the same time, although illicit wildlife trade ranks only behind the illegal trade in arms and narcotics, there is no financial disincentive whatsoever that prevents poachers and smugglers from carrying out such heinous activities.

This Bill, which is the product of extensive consultations with a wide spectrum of stakeholders, is intended to greatly strengthen the existing provisions for penalties, traps, criminal procedure etc. The key changes suggested in the Bill include enhancing penalties and strengthening officials, greater harmony with the Convention on the International Trade in Endangered Species of Wild Fauna & Flora (CITES), complete ban on trade in peacock feathers, promoting wild life research and banning the sale, manufacture and use of Leg-hold traps. The Bill also lays greater emphasis on endangered and wild plant conservation and  in overall protection of India’s biodiversity.

Previously, the MoEF had released a draft Mission document for the ‘National Mission for a Green India’, one of the eight missions under the National Action Plan on Climate Change (NAPCC). The Mission will be finalized after a series of nation wide public consultation that have been taking place since 11th June. A Draft Regulatory Framework for Wetlands Conservation has also been put forth after having been prepared by a multi-disciplinary expert group on the subject. The National Green Tribunal (NGT) Bill 2009, which envisages the setting up of a national tribunal, a judicial body exclusively to deal with environmental laws and to provide citizens a right to environment was also passed by the Parliament earlier this year. Discussion on the National Environmental Protection Authority are on and it may well be introduced in the forthcoming Parliament session.

While these and more are indeed some path-breaking steps taken by the MoEF to ensure the protection and upkeep of India’s much threatened biodiversity, what will be critical is to note how effectively are the laws being put in place implemented. It would be equally important to see how other Ministries and Departments react and respond to these “call for action” initiatives of the MoEF. That, and that alone has been, and would be the limiting factor in the success (or failure) of these much awaited legal frameworks.

MoEF invites comments on the Draft Wild Life (Protection) Bill 2010 (Click to Read). All comments may be mailed to wpa.amendmentbill@gmail.com by 7th July, 2010.

Views: 14,010
Share this ArticleLike this article? Email it to a friend!
Email sent!