Let’s Clean Up DELHI this July 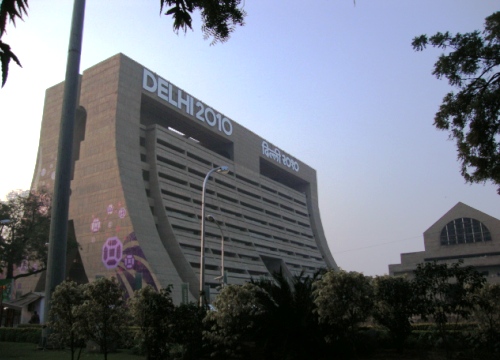 This July, the Municipal Corporation of Delhi (MCD) has taken upon itself the task to clean Delhi city, which is in an excitement rather disturbed state, preparing for the Commonwealth Games 2010. MCD cannot neglect the aesthetic nature of our city and hence the need for necessary beautification. Also, the monsoon cannot be allowed to play spoil sport this year, because this is the year we host the Games.

A sanitation drive by the MCD will cover railway stations, bus stops and major markets  starting  July 1st and will continue up to the 15th. Major landmarks in the city which cater to a large population of the city like the Old and New Delhi Railway Stations, Inter-State Bus Terminus (ISBT), airport, markets, religious places and major road junctions would be cleaned and treated with disinfectants. According to Mayor Prithvi Raj Sawhney, this special awareness program on cleanliness will put together  a five-member team in each zone to check and supervise the sanitation work. The MCD plans to begin its work by visiting every ward from Thursday onwards to supervise the cleanliness program. Special emphasis has been given to sanitation of latrines and urinals in schools and hospitals run by the civic body.

Getting back to the monsoon, this season MCD has a special plan to prevent water logging which is a persistent troublemaker every monsoon. In order to remove debris from drains from several areas in the city, the officials will identify at least one site in each ward where garbage or debris generated from construction can be thrown, so it doesn’t block the drainage. To further counteract the complaints regarding debris due to the CWG related works, which could become a major culprit causing water logging, the Mayor has taken a stand to not to pay contractors till they clean the mess. 600 pumps have been installed across Delhi for the same and one lakh rupees have been allotted for every ward in the city to hire trucks to clean the muck and debris from drains before the monsoon sets in according to MCD House Leader Subhash Arya.

As a concerned citizen, it is our duty to monitor this massive task of cleaning and ensure that every single bit of troublemaker–be it the construction debris blocking the drainage, waste thrown carelessly in the drainage or the man at work responsible for cleaning–is taken care of and the target for cleaning Delhi is achieved not only on papers but in deed as well.

This post is submitted by our SOIP candidate Munmun Chowdhury.

6 thoughts on “Let’s Clean Up DELHI this July”

Views: 7,929
Share this ArticleLike this article? Email it to a friend!
Email sent!