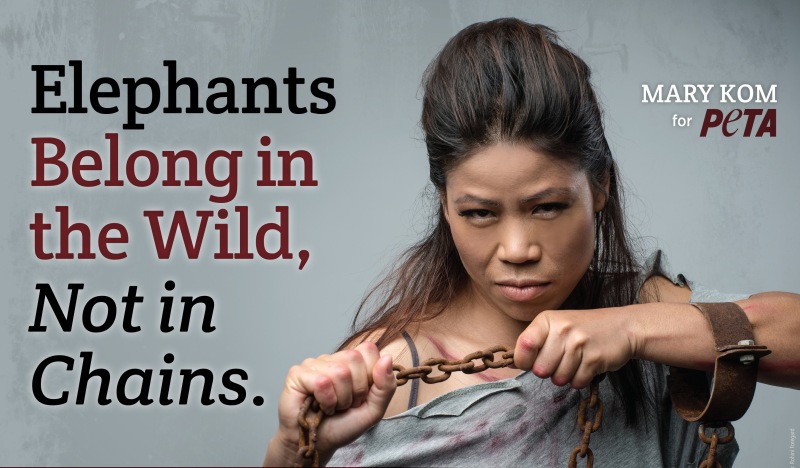 Mary Kom joins PETA in fighting for the cause of elephants and ensuring a safe and dignified life for the largest mammal on land. Elephants and other animals in circuses are subjected to chronic confinement, physical abuse and psychological torment. Whips and other weapons – including heavy, sharp steel-tipped rods – are often used to inflict pain on elephants and beat them into submission.

As per PETA, a nine-month investigation of circuses by a team that included representatives from PETA and its sister organisation Animal Rahat, the Animal Welfare Board of India, a statutory body operating under the Ministry of Environment & Forests, decided to stop the registration of elephants used to perform in circuses. However, this decision has yet to be implemented. Mary Kom and PETA are now working to raise awareness for the speedy implementation of this decision. According to Mary Kom, “circuses are cruel places for animals, where they are beaten and tortured. As a mother, I can imagine what animals go through when their children are taken away from them to be forced to perform in circuses. It’s sad!” says Mary.”We humans choose to perform, but animals are given no choice.”

Views: 5,326
Share this ArticleLike this article? Email it to a friend!
Email sent!