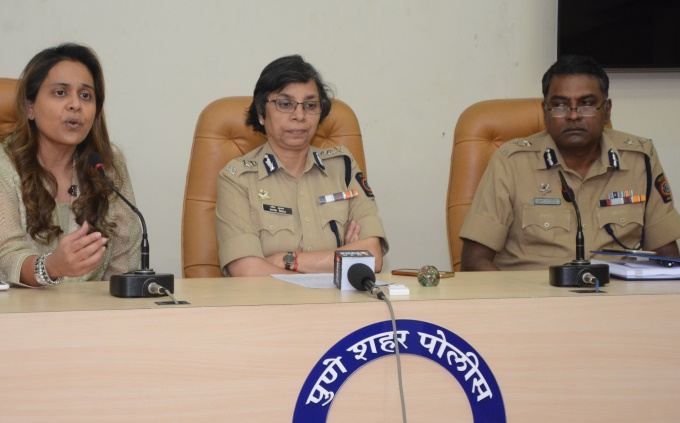 In a bid to create road safety awareness among civilians, Finolex Pipes and Gulf Oil Lubricants, in association with Pune Police and Traffic Police Department, came together to commemorate the Road Safety Week in Pune. The two companies have agreed to distribute 1,600 helmets and face masks to the Pune Police officials. To mark the occasion, a 36 km Road Safety Rally will be organised on 15 January 2017.

The rally will be flagged off from the Pune Police headquarters, Shivajinagar, Pune at 7:00 A.M. The rally circuit has been coursed to spread awareness across all corners of the city.

Speaking about the initiative, Mrs. Ritu Chhabria, Director, Finolex Industries and Managing Trustee, Mukul Madhav Foundation said , “As a responsible corporate citizen, Finolex is committed to the cause of Road Safety. We firmly believe in the initiative as it is a very good opportunity to create awareness about Road Safety which today is the most important factor connected with everybody’s life.” She also appealed the people to join us for the Bike Rally and come forward and partner for this important initiative.

Speaking on the occasion, Rashmi Shukla, Commissioner of Police, Pune said, “Following traffic rules is a matter of our own security and security of our loved ones, to avoid accidents, damage to vehicles and life, disturbances to public and for setting a good example for our citizens. If you love your family, we urge you to follow traffic rules and discipline while riding and driving.”

Sharing his views about the initiative Mr. Vinayak Joshi, Company Secretary, Gulf Oil Lubricants India said, “India is one of the fastest growing auto markets of the world, while Pune has one of the largest numbers of 2-wheelers on its roads. The rise in the number vehicles on roads is positive reflection but it also puts a greater responsibility on us as citizens to ensure road safety”

The Road Safety Week marks the importance of responsible driving. The event will witness participation from officials of Pune Police and Traffic Police department, employees of Finolex Pipes and Gulf Oil Lubricants, along with local bike enthusiast and biker groups from the city. The volunteers and participants of the rally will be create awareness on the necessity to follow traffic rules and regulations for smooth and congestion free driving experience.

https://www.instagram.com/delhigreens/feed/
Views: 4,734
Share this ArticleLike this article? Email it to a friend!
Email sent!