Guess How Many UNESCO Geoparks are Designated in India 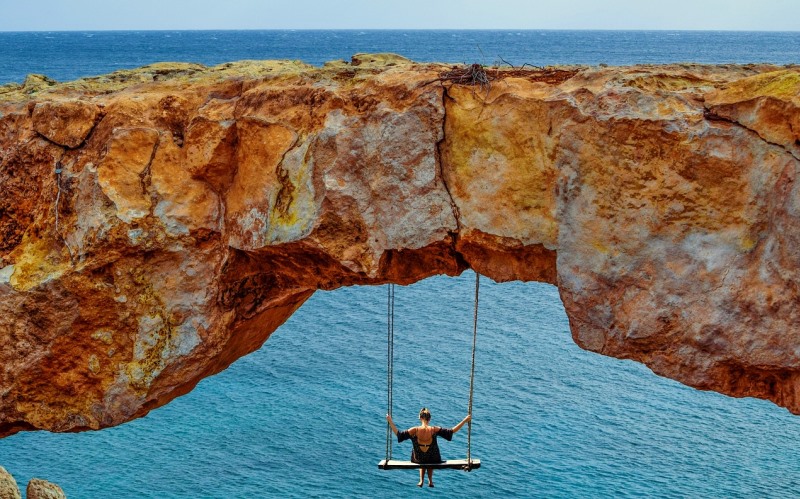 On November 17 2015, the United Nations Educational Scientific and Cultural Organization or UNESCO approved a new label of Geoparks. The objective of this new labeling of Geoparks is to give recognition to important geological sites and ensuring their management an upkeep. The objective also is to raise awareness about these marvels of nature and help connect people to these very beautiful aspects of Planet Earth.

UNESCO defines Geoparks as single, unified geographical areas where sites and landscapes of international geological significance are managed with a holistic concept of protection, education and sustainable development. In other words, Geoparks are sites created to protect the geological heritage simultaneously with the involvement of local people, to make it an ideal ecotourism destination which conserves this geological heritage and benefits the community at large. Hence, it is also an important approach for achieving sustainable development.

According to a GeoSciences Journal, a geopark is a great tool in providing scientific knowledge and technological courses. Geoparks could include geosites, museums and host talks and seminars. The declaring and adopting a site as Geopark is a great way in communicating its important cultural and environmental concepts to the society.

According to a report in The Hindu, for a site to aspire for UNESCO Global Geopark label, it must have:

This newspaper report from 2018 also goes on to say that an ancient circular lake created by a meteorite strike in Maharashtra and a hexagonal mosaic of basaltic rocks in an island near Udupi will soon become global Geoparks. However, according to a notification by UNESCO earlier this year, no Indian sites have been declared to be Geoparks so far. At the same time, no Indian site is also under consideration for being declared as a global Geopark. 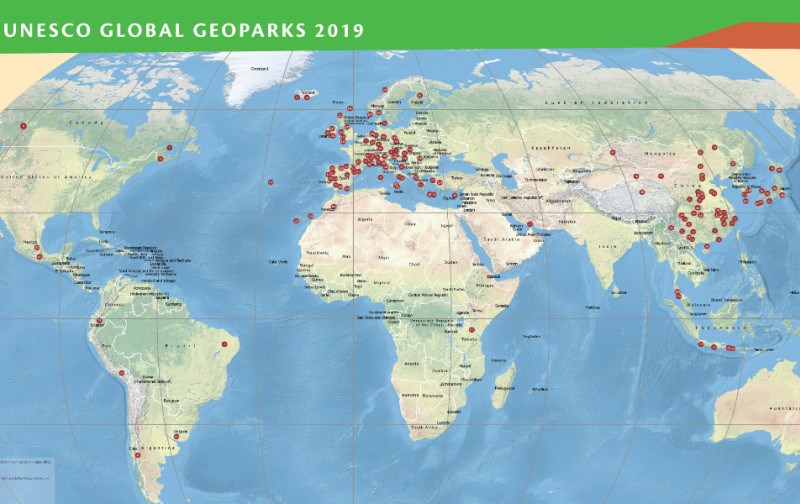 Currently, India does not have any Geopark under the list of UNESCO Global Geoparks. According to reports, India has not formulated a law for the construction of Geoparks and to protect the sites sustainably. The US and countries like Spain, China, etc. already have such laws since the 1920s.

In 2018, according to GSI plan, two Geo-sites in India (Lonar lake in Maharashtra, anciently formed by meteorite strike thousands of years ago and St. Mary’s Island) were the possible candidates for UNESCO Global Geopark Network label. The Lonar Lake had mysteriously turned pink in June this year.

As of now, there does not seem to be any progress in this direction in India. This is also a reflection on our environmental and natural resource conservation initiatives. We need to urgently come up with proper strategies and law in order to prioritize sustainable development.

UNESCO’s Executive Boards recently approved the designation of 15 new UNESCO Global Geoparks, which has brought the total number of Geparks sites to 162 in 44 countries.

The newly designated Geoparks are:

The full, nation-wide list of UNESCO Geoparks can be found by clicking here. It is hoped that India will soon take the work of protecting our geological heritage more seriously and we will have a Geopark to visit around us soon.

Views: 2,685
Share this ArticleLike this article? Email it to a friend!
Email sent!