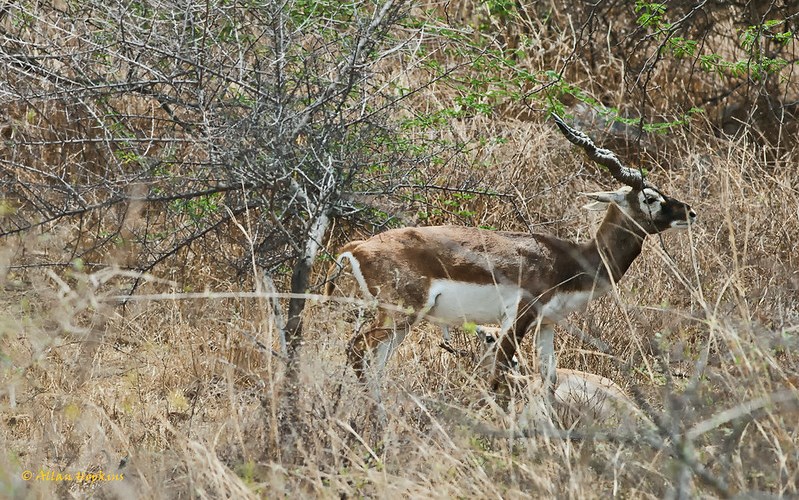 When we think of Delhi, we think of buildings, paved roads densely populated market places and the occasional urban parks and gardens around us. Some of us may think of River Yamuna and the Delhi Ridge, the two lifelines of Delhi that keep the city alive and healthy.

What often gets overlooked is the fact that we share Delhi with many animals who live in close proximity to us. And no, I’m not talking about dogs, cats or the cows! I’m also not talking about the many wild animals we have captivated in the Delhi zoo mainly for the purpose of enjoyment.

Delhi is also home to many wild animals who live in the city’s urban forests and need to be recognized so we can protect their habitat and give them the space they deserve. These wild animals are the guardians of the forests and green spaces the live in. Without them, we will lose our green cover and our green lungs and many more people will die due to air pollution in Delhi.

I share below a list of 10 such wild animals who live with us in Delhi that you should know about.

The leopard is an indicator species of the health of an ecosystem and one of the biggest predators in many food chains. The International Union for the Conservation of Nature and Natural Resources (IUCN) has classified it as a Vulnerable species. The Souther part of the Delhi Ridge are known to be the habitat of the leopard in Delhi. Specifically, the Asola Bhatti Wildlife Sanctuary is known to be a home to the leopards.

In addition, other sightings of leopard have taken place at Ashok Vihar Phase 2 in December 2019 and in Okhla Industrial Area in May 2020. A leopard was also spotted at Yamuna Biodiversity Park in November 2016. The leopard at YBP most likely came from the Kalesar National Park in Haryana along the course of River Yamuna.

Not many of us are aware about the existence of this herbivorous and harmless mammal having a coat of sharp quills in Jawaharlal Nehru University (JNU) campus and Asola Bhatti Wildlife Sanctuary. This species of hystricomorph rodent is seen as pest. It is placed under the Least Concern category by IUCN though is protected under the Indian Wildlife Protection Act, 1972.

The porcupine plays a significant role as a pollinator as well as a prey base for carnivores in the Aravali range. Its role in the ecosystem is that of a scavenger as it feeds on dead animals to meet its food requirement. Porcupines also keep a check on the growth of some more dominating trees such as hingot therefore creating a balance in nature.

The Bengal Fox is also called Indian fox and is listed as Least Concern species in the IUCN categorization. It is protected as a Schedule II animal in the Indian Wildlife Protection Act, 1972. In Delhi, it can be easily spotted at Aravalli Biodiversity Park and Asola Bhatti Wildlife Sanctuary. It plays a crucial function in prey-population cycles. It also helps in the management of pests such as orthopterans and small rodents.

The Aravalli Biodiversity Park, Sanjay Van, Asola Bhatti Wildlife Sanctuary and Presidential Estate (Rashtrapati Bhavan) are places in Delhi which are home to large number of golden jackals. The Golden jackal is listed as Least concern in the IUCN Red List. In Hinduism, the jackal is associated with deities like Chamunda and Kali.

Jackals are also prominently mentioned in Indian folklore and in two ancient texts – the Jatakas and Panchatantra where they are depicted as intelligent creatures. Recent media articles reported that a golden jackal pup was rescued from a 40 feet deep well in South Delhi’s Rajokri and one was found dead on the Gurugram-Faridabad road.

Some sightings of civet were also noted at Green Park in 2018 when two civet cats were rescued and at Sanjay Van, near the residential area in Mehrauli, at IGNOU campus in Southwest Delhi and at the Kendriya Vidyalaya School in South Delhi’s Katwaria Sarai area. Civet controls rodent population and help in seed dispersal as they feed on fruits, berries and even insects.

The Blackbuck is also known as Indian antelope and looks similar to deer but it does not shed its horns like the antlers of deer. It is listed as Least Concern in the IUCN categorization. Blackbucks are found in Asola Bhatti Wildlife Sanctuary and Sanjay Van in Delhi. Blackbuck gained limelight when actor Salman Khan was convicted in blackbuck poaching case in Jodhpur, Rajasthan in 1998. Blackbucks are protected under Schedule I of Indian Wildlife Protection Act, 1972.

The Indian Grey Mongoose is commonly known as Nevlaa and listed as Least Concern in IUCN categorization. It is also famous as Rikki-Tikki-Tavi in Rudyard Kipling’s The Jungle Book. In Delhi, it is found at various parts of the Delhi Ridge including Asola Bhatti Wildlife Sanctuary, Yamuna Biodiversity Park, Aravalli Biodiversity Park, etc. Mongoose are well known for their feeding habits as they prey on rat, mice and several venomous snakes and control their population.

The Indain spectacled cobra can be found in Aravalli Biodiversity Park, JNU campus, Sanjay Van, Asola-Bhatti Wildlife Sanctuary and Jahanpanah forest. No special status is given to Indian cobra in IUCN categoization but it is mentioned in Appendix II in CITES. Cobra is a venomous snake, its venom contains neurotoxins that act against the nervous system of prey. Its venom is used for medicinal purposes as pain killers and anti-cancer drugs.

Cobra snake shows used to be displayed in the streets of Delhi until some years ago. Cobra has been spotted at a school in Laxmi Bai Nagar, at Race Course premises, basement of a factory at Bawana’s Industrial Area, at Rashtrapati Bhawan’s security room and once inside a scooter parked at Sarai Kale Khan bus station in Delhi. The cobra has also been spotted at or around the Delhi Metro station!

Monitor Lizards can be found along the Yamuna floodplain in Delhi, in Chattarpur and Asola-Bhatti mines area. The Okhla Bird Sanctuary and southern zone of the Aravalli is home to three species of monitor lizard. The Monitor Lizard is classified in Appendix II of CITES and listed in Least Concern category IUCN. Monitor lizard helps in controlling agricultural pests by consuming rodents and insects. It plays a vital role as predator and prey in the food chain. A monitor lizard was once rescued from Girls’ Hostel in NSIT in Dwarka, Delhi.

The Indian Rock Python is one of the longest snakes and is non-venomous in nature. It can be sighted in Delhi at places like JNU campus, Asola Bhatti mines and forest area near Vasant Kunj. It is classified as Least Concern in the IUCN categorization. Sightings of this snake is common in Delhi. Recently a man found a five foot long Indian python inside his car engine at Chhatarpur and one was rescued near Delhi’s Indraprastha Park. Both these incidents were of September 2019. The Rock Python has an ecological importance of controlling the population of rodents.

There are a few more even after we include the famous Neelgai. Let us see if you can help build this list by adding the species you know of in the comments section below.

Views: 15,289
Share this ArticleLike this article? Email it to a friend!
Email sent!