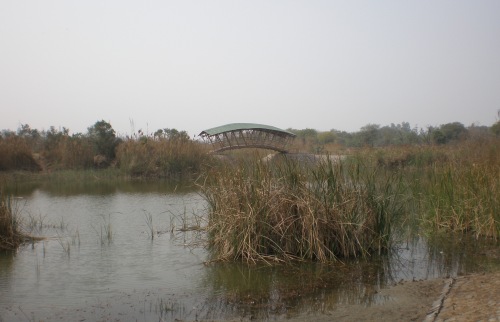 The India International Center invites all concerned citizens to a talk on “Wetlands Ecology and the Yamuna Biodiversity Park”, as the fourth lecture in the series on ‘Water: the stuff of life”. The talk will be delivered by Professor C.R. Babu, Emeritus Professor, Center for Environmental Management of Degraded Ecosystems (CEMDE), University of Delhi, and Project Incharge, Yamuna Biodiversity Park. The session will be chaired by Prof. Ramakrishna Ramaswamy of the School of Physical Sciences, Jawaharlal Nerhu University.

The Yamuna Biodiversity Park has been an innovative project, an open laboratory for the students of environmental and biological studies, to observe, experiment, learn and teach! A joint project of the University of Delhi (DU) and the Delhi Development Authority (DDA), the concept of the Park was first started in 2001, on almost a barren piece of land with only a fruit orchard nearby. Today, it supports a large diversity of flora and fauna and receives a considerable number of migratory birds every winter.

For further information and to participate, RSVP:

Views: 9,162
Share this ArticleLike this article? Email it to a friend!
Email sent!