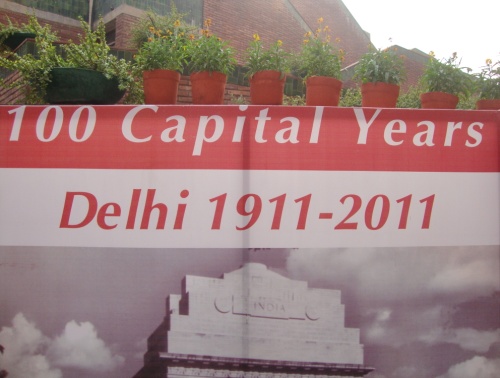 The Nehru Memorial Museum and Library (NMML), in association with the Ministry of Culture cordially invite all interested to a two day long Symposium on ‘The re-emergence of Delhi as Capital’.

The centenary of the shift of the imperial capital in 1911 has been occasion for commemoration and also for reflection. Concerns about heritage have been paralleled by reconsidering the longer term imperial impact on the cultural and social fabric. Yet, it is easy to forget that Delhi has had a longer past against which the changes of the last hundred years need to be viewed. Equally so, the city or rather the cities within it have not one but different stories that are still unfolding. These contested spaces and memories, the sense of an urban cityscape with not one but many narratives is what the two day symposium hopes to focus on.

The long term history of the flood plain is as engaging as the choice of trees in the last century. The unmaking of the rural commons was often a prelude to colonial town building; and the making and remaking of New Delhi in turn entailed both fresh design and displacements of livelihoods and cultures. These pasts matter all the more in reconsidering the future. Leading historians, planners and thinkers will reflect on the contested pasts and changing present of a city whose history is invitation for critical and creative thought.

For further information, and to confirm your participation, write to nmmldirector(at)gmail.com

Views: 12,264
Share this ArticleLike this article? Email it to a friend!
Email sent!