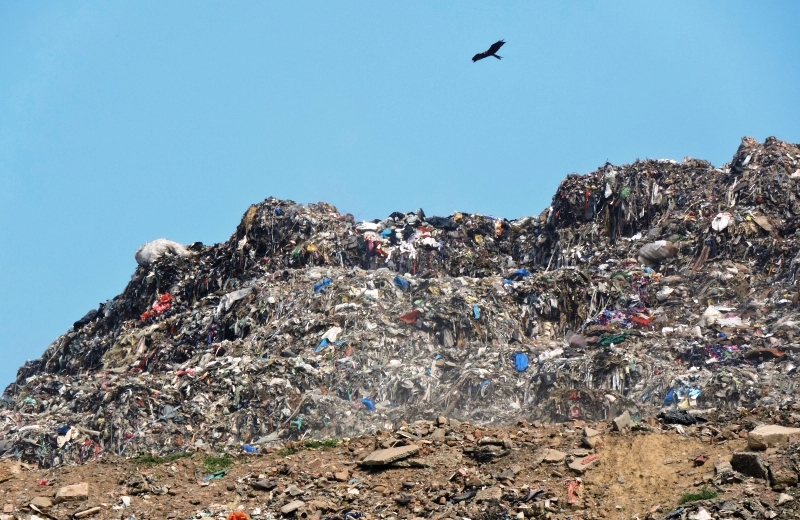 Waste management is an increasing challenge being faced by urban India. The recent focus on health and sanitation, first with Swacchh Bharat Abhiyan, and now due to Coronavirus pandemic, has brought these challenges in the forefront.

According to available reports, 62 million tonnes of municipal solid waste is generated by urban India each year. Delhi alone produces around 10,000 tonnes of garbage every day. Of this, a huge amount of waste is being dumped in the overflowing three landfill sites at Bhalswa, Okhla and Ghazipur. This poses a serious threat to the environment.

Over the years, landfill sites in Delhi have become dumping ground for all kinds of waste materials. These sites contain wastes of every kinds such as leaves, paper, metal, cloth, glass, plastic, to name a few. In recent years, it has also been noted that air pollution in Delhi has surged to a high level around these landfills due to the burning of this solid waste. It is only now that the air quality has improved due to Coronavirus lockdown.

As already pointed out, Delhi primarily has three landfill sites, viz. at Okhla, Bhalswa and Ghazipur. These three landfill sites can easily be described as illegal as they do not come under the Municipal Solid Waste (MSW) rules. One can find waste burning at any give time in these landfills. They have also run out of space nearly a decade ago. Although the permissible limit for a garbage dumping is set to 20 meters, these sites have turned into huge mountains well beyond the permissible limit.

Let us have a detailed analysis of status and validity of these landfills.

The Okhla landfill is located in South Delhi and was commissioned in the year 1996. Around 1,200 metric tonnes of waste were being dumped in this site by the SDMC (South Delhi Municipal Corporation). Due to continuous dumping, the height of this site had reached up to 58 meters, much beyond the permissible limit.

In 2018, the site was finally decommissioned. The aim was to convert this garbage dump into an Eco-park. However, it is worth noting that the Okhla landfill site was declared saturated as early as in 2010. Dumping of solid waste continue for 8 more years until March 2018.

The process of converting the landfill site into a green cover has already begun and approximately 7,000 sq. m of ground has been planted with grass. As a result, the height of the Okhla landfill site has now come down to 38 meters.

Bhalswa landfill site was commissioned in 1994 and since then about 2,000 metric tonnes of waste is being dumped in it by the civic bodies. It has a height of 62 meters, almost reaching up to Qutub Minar. In 2018, due to the lack of a waste disposal system, the landfill had caught fire leading to the release of toxic gases. This, in turn, resulted in a sudden rise in the AQI (Air Quality Index) levels in the neighbouring areas.

People living near this site have been facing various other issues like lack of drinking water which forced them to consume the polluted ground water and getting exposed to numerous diseases or infections and respiratory disorders. Like the ongoing project in Okhla landfill site, a similar approach for the Bhalswa site has been proposed.

To reduce the height of this landfill, the authorities are planning to stabilize it first and then process the waste accordingly. However, trucks can still be seen going up and down this landfill and dumping more waste on the already overflowing landfill.

Commissioned in 1984, Ghazipur landfill site has about 2,100 metric tonnes of waste being dumped in it every day. This site has reached a height of up to 65 meters. Every year, the height of this huge pile of garbage rises by 10 meters. At this rate, Ghazipur site would soon surpass some of the tallest monuments of India viz., Qutub Minar and Taj Mahal.

This site is known to leach out methane gas. Due to the leaking of this gas, the garbage in this pit burns up quite often. Also, this methane gas has reportedly caused serious health issues to the people living near the site. In 2017, a portion of this hill collapsed and killed people. Although several measures were taken against dumping waste in this site, nothing has changed ever since. Now, a Parliamentary Panel has asked for urgent cleaning of this landfill site.

Apart from these three landfills, several new sites have been commissioned and proposed by the government. For instance, Narela Bawana site was commissioned in 2011. This site is the first scientifically engineered landfill in Delhi and still has a lot of capacity left. Around 1,300 metric tonnes of solid waste is segregated and processed in this site. In 2019, three new landfills viz. Ranikhera, Sonia Vihar and Ghonda Gujran Khadar, were proposed. However, due to their proximity to the Yamuna floodplain, these sites have been facing serious criticisms by some environmentalists.

The authorities need to ensure that these new sites are not used as a dumping ground again. According to experts, they can convert around 50% of the waste generated in the city into compost, recycle 30% and make sure that only 20% of the remaining waste reaches the landfills. In addition to this, before dumping a huge amount of waste in the landfill, they can process this waste under the Solid Waste Management Rules, 2016 and the Plastic Waste Management Rules, 2019.

Furthermore, the excess waste if dumped into the landfills, can be delivered to the waste-to-energy plants. At these plants, various techniques like Incineration, Gasification, Pyrolysis, Biomethanation, etc. can be used to process such wastes.

http://delhigreens.com
Mallika Kumar is an aspiring media professional. She was associated as an Intern with Delhi Greens during the Summer of 2017.

8 Types of Wastes and their Management Rules in India

Fri May 15 , 2020
It is important to understand the different types of waste if we are serious about addressing the increasing challenge of waste management. 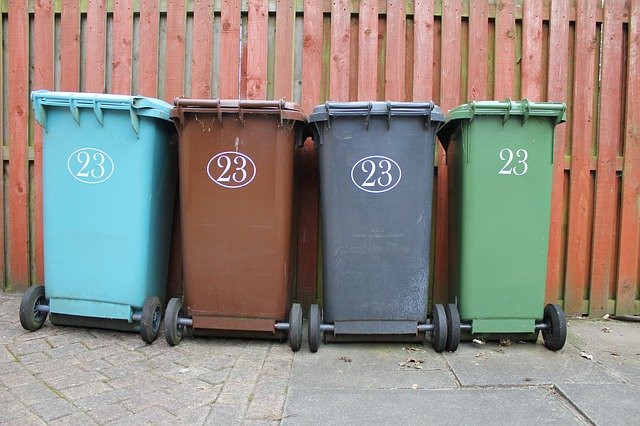